Robert G. Beaumont founded Sebring-Vanguard in Sebring, Florida, and set about producing a golf cart-inspired electric car that was street legal. The Bugeyed wedge was a design inspired by the times and featured a big safety bumper up front, side-hinged doors, and two seats.

Power is from an electric motor (the CitiCar retained much of the inspirational golf cart’s mechanical bits). Early cars had 2.5 horsepower, and the final run had a mighty six. In 1976, Sebring-Vanguard was the sixth-largest automotive manufacturer in the United States.

About 2,300 were produced between 1974 and 1977 when the design and production rights were sold to a company called Commuter Vehicles, who re-launched an updated version as the Comuta-Car in 1979. This one is all-original and will sell at no reserve. Click here for more info and here for more from this sale.

Karl Martin was at first an oil man, then a coachbuilder, and then, in 1919 when he ended up in Bennington, Vermont, an automobile manufacturer. The Martin Wasp Corporation built cars from 1920 through 1924. Not very long. The catalog has this listed as a “Martin Wasp” but the cars were sold under the “Wasp” name.

They powered by relatively ordinary 72 horsepower, 5.8-liter Wisconsin inline-fours (and later sixes), but the styling was quite unique. These were long, low cars that wore touring coachwork Martin described as “rickshaw phaetons.” Douglas Fairbanks bought one as a gift for his wife, Mary Pickford.

The cars were very expensive – this one would’ve cost $5,000 when new. Only 14 four-cylinder – and three six-cylinder – cars were built. The one you see here was actually assembled in the 1940s from leftover unused new parts that Martin retained after the factory had closed. Still, with only two other “real” Wasps in existence, it is pretty special. It should bring between $30,000-$50,000. Click here for more info and here for more from this sale.

Electric cars have always had this weird “science fair project” look about them. Even from the beginning. Part of it is because of packaging – they have different things they have to carry, necessitating different designs. Part of it is – modern cars are trying to show they are eco-friendly with weird hubcaps, etc.

But this looks like a Ford Model A coupe. Or, as it was bodied by Fisher, a period Chevrolet. You would have no idea it was powered by a 15 horsepower DC electric motor if it didn’t say “electric” in the name.

It was part of the Harrah collection for many years and remains in original condition. The company only built 131 cars in 1931, and this is the only survivor. It may be the “newest” Detroit Electric in existence, as production petered out pretty dramatically after 1932. It should bring between $30,000-$60,000. Click here for more info and here for more from this sale. 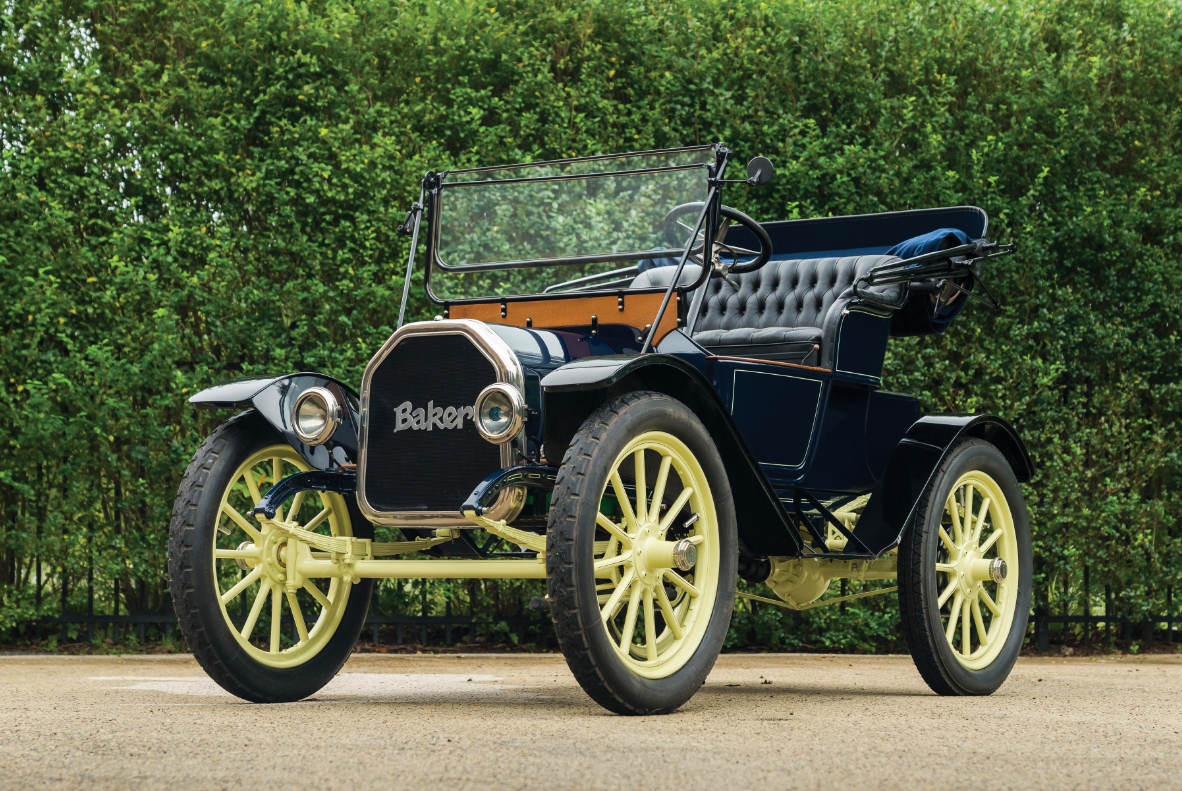 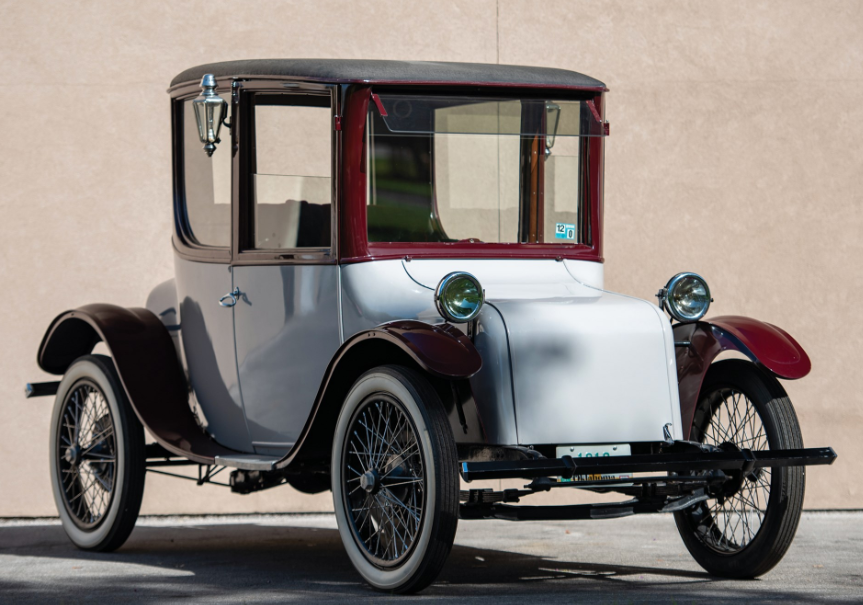 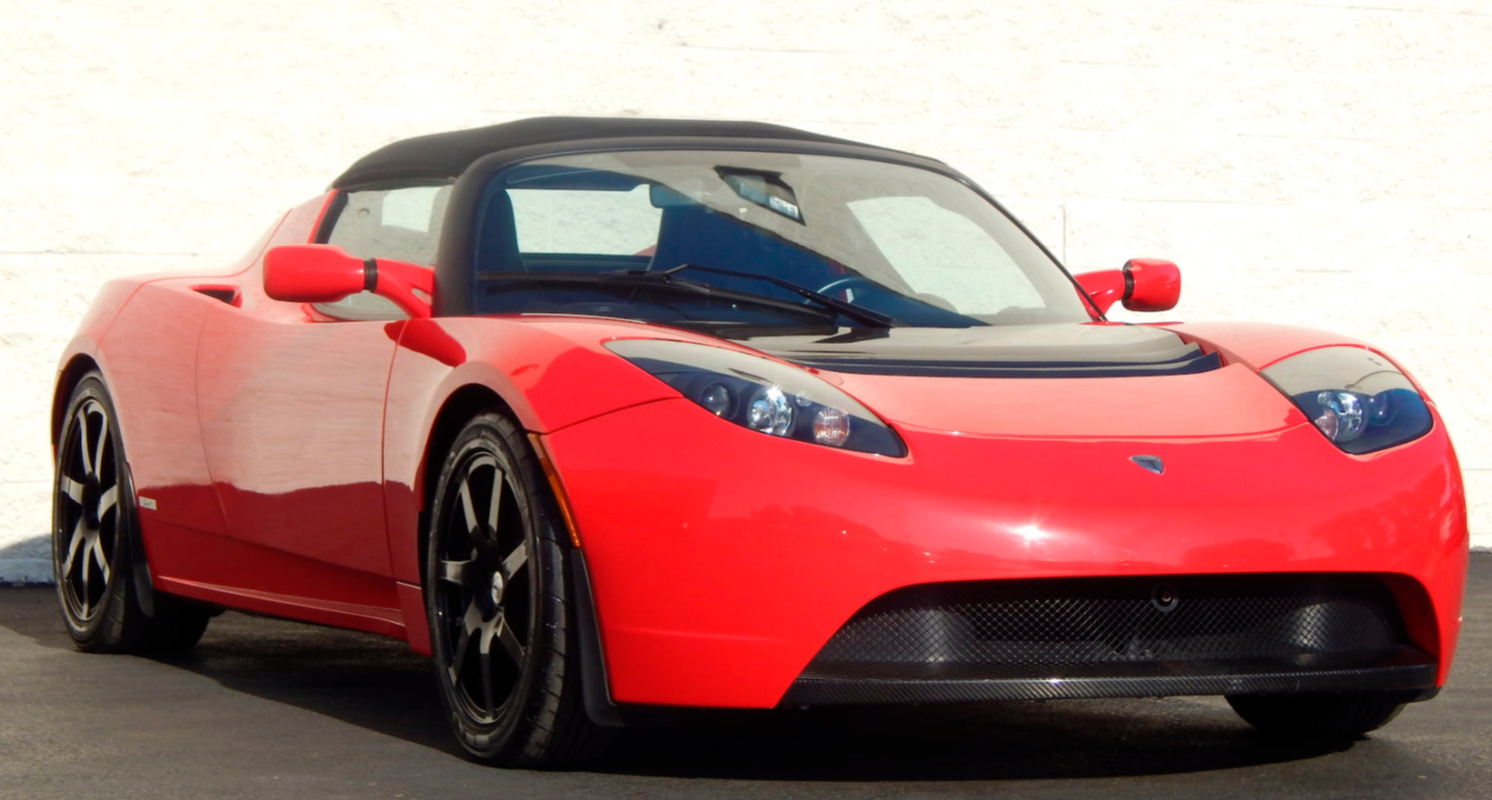 There is no more polarizing automaker right now than Tesla. While their current products and leadership seem to divide people into the groups of Skeptics, Fanboys, or complete indifference, I think we can all agree that the original Tesla, the Roadster, is still a pretty cool car.

The Roadster was produced between 2008 and 2012 and was based on the rolling chassis of a Lotus Elise (much like the Hennessey Venom GT). Instead of fitting it with a small four-cylinder engine, Telsa used their own electric motor which offered a maximum horsepower of 248. The Sport model, which was released in 2009, made 288 horsepower. The base model could hit 60 mph in 3.9 seconds and topped out at 125 mph.

Only about 2,450 of these were built – and so far there is only one of them floating around in space. This is a well-enjoyed model, showing 41,235 miles. It comes with two different tops and charging cables. If electric cars continue become more and more widespread and adopted, then this car will stand as sort of the first of the modern electric road cars as it more or less launched Tesla, the company leading the electric car charge.

When new, this car cost a little over $100,000 and it probably hasn’t depreciated all that much (if it hasn’t appreciated by this point) due to the draw Tesla cars have right now. Click here for more info and here for more from this sale. 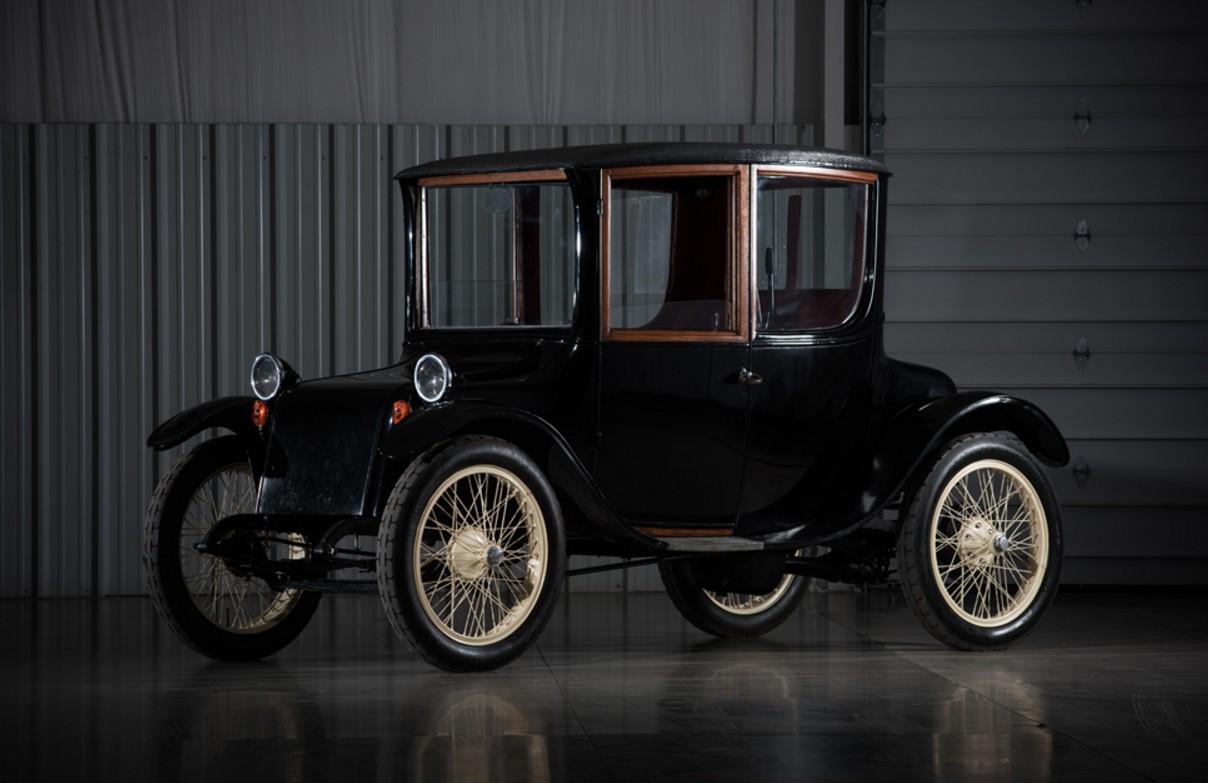 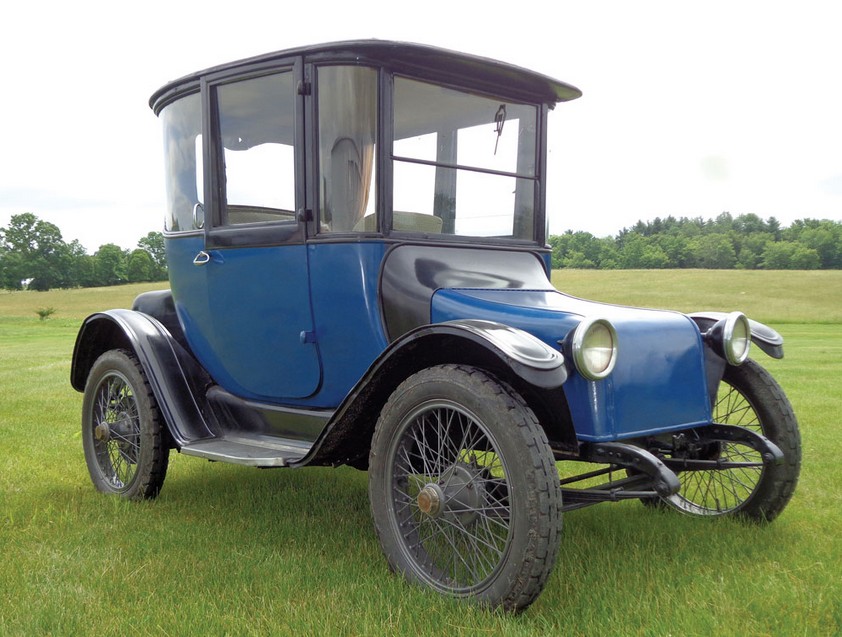