The Diablo is the ultimate 90s supercar, and the model received a facelift in 1998 when the pop-up headlights were replaced. In 2000, the car also got a mechanical overhaul and some styling tweaks for the end-of-the-line Diablo 6.0.

But what we have here is a super rare track variant. Lamborghini sold 80 examples of the track-oriented Diablo GT road car between 1999 and 2000. Then they also built 40 GTR full-race variants. It was the last of a short line of Diablo race cars. It was basically a stripped GT with pneumatic air jacks, a big rear wing, and magnesium center-lock wheels.

The 6.0-liter V12 was also revised to produce 590 horsepower. The car was rear-wheel drive and featured a five-speed manual transmission. This is car #11 and it won the 2001 Lamborghini GTR Supertrophy series. It also competed in the 2003 French GT Championship. It’s now ready for some historic stuff, at a price of $890,000-$1,100,000. Click here for more info and here for more from this sale.

There was a time when anyone who could afford to do so could rush out and buy a McLaren F1. Now it’s kind of big news if one hits the market. After all, they only built 106 of them between road cars, race cars, and prototypes. The racing variant was the GTR, and 28 were built between 1995 and 1998. Their competition life lasted until 2005. They were that good.

What’s special about this car is that it was converted to a road car. Yes, the interior is a little sparse, but it does have the classic three-seat layout. That rear-mounted 6.0-liter BMW V12 is still there too.

This car is chassis #19R, and it was the first 1997-spec car (which technically makes it a prototype). The Longtails were only built in 1997, so this is one of 10. It was initially used as a development car, before shifting to the race track. It competed at the FIA GT race at Suzuka in 1997 before contending the 1999 JGTC season. It continued to race until 2002.

It was the first Longtail converted to a road car, which was actually done by Gordon Murray Design. It is being sold with the parts to return it to race specification, should the next owner want to. The asking price is not public, but you can be sure it’s well into the eight figures. Click here for more info. 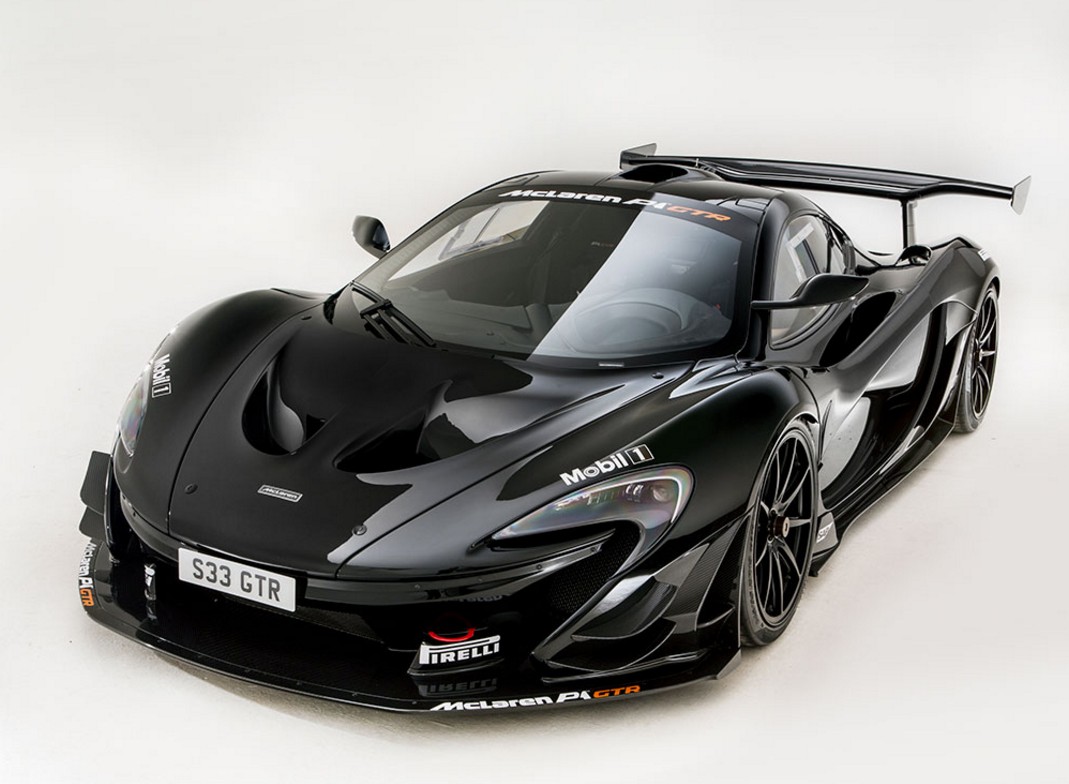 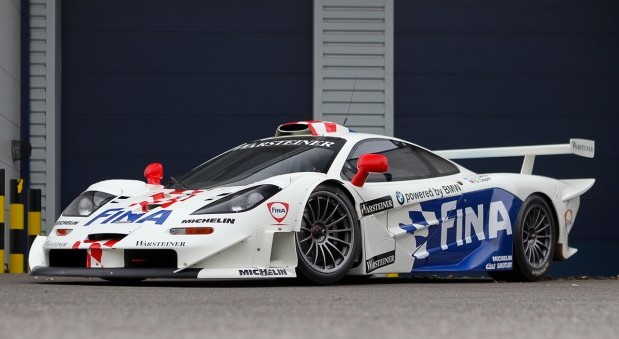 We’ve actually already featured a 1997 McLaren F1 GTR Longtail, so this is kind of awkward. What makes this car different? Well, for one, it is an ex-BMW Motorsport F1 GTR Longtail. Why is that distinction important? Because that was the closest approximation to a factory McLaren F1 race team.

The first F1 GTRs were built for 1995 and 1996 but the rules of racing changed for 1997. There were specialty-built prototype race cars backed by major manufacturers that came into the fold. Instead of building a race car around a road car (which is the case with the McLaren), companies built homologation specials of their race cars in order to make them “road-car-based.” The F1 had a slight handicap.

But it didn’t matter because Porsche, Mercedes-Benz and the like didn’t have Gordon Murray in their corner. The F1 was re-designed with an elongated nose and tail and a huge rear wing. The engine was a BMW Motorsport-sourced 6.0-liter V-12 detuned to make 604 horsepower (the road car made 627 with slightly larger displacement – that’s how incredible it really was).

And that was it for this car. After 1997, the F1 GTR program came to a halt. BMW traded this car to another McLaren team and the new owner loaned it to the Le Mans Museum for a little bit before selling it at the end of 2001. The new American owned had McLaren restore the car in 2002 to its original 1997 FINA racing colors.

In 2006, it was acquired by a German who actually used the car on track for the first time since 1997. Only 10 GTR Longtails were built (all in 1997) and this is as close to a factory race team example as there is. It was also the most successful BMW Motorsport Longtail with an impressive race history. Gooding & Company estimate that this car will bring between $5,000,000-$7,000,000 at auction in a few weeks. Click here for more info and here for more from Gooding in Scottsdale.

If this doesn’t make you drool all over your keyboard, I don’t know what will. But seriously, if anyone out there would be kind enough to buy this car for me, I would be eternally grateful, as I have been really wanting one of these since I knew what they were. And I’m a sucker for anything painted in Gulf livery.

Where to start? I’m going to leave out the interesting tidbits about the McLaren F1 road car except that I will say that it was the greatest road car ever built (sorry, Volkswagen). Racing versions first appeared for the 1995 season, having to have been detuned from road-car spec to make it legal for certain racing series – including Le Mans, which it won in it’s debut season. Nine race chassis were built for 1995 (the GTR denotes a race chassis – some were converted to street legal versions after their racing lives had concluded and a number of GTR road cars exist today).

For 1996, nine more GTRs were built (with two additional 1995 cars upgraded). They had slightly different bodywork that was a little longer both front and rear to stay competitive. 1997 saw even more improvements and a move to the “Longtail” specification to compete against the Mercedes-Benz CLK GTR and Porsche 911 GT1. Ten Longtail cars were built with none of the previous cars being upgraded. This took the total to 28 cars. This was #28, the final GTR built.

Chassis 028R was originally 027R, but 027R was destroyed in a testing crash. When it was rebuilt, it was rebadged as 028R. The competition history of this car includes:

Since the end of the 1997 season, this car was “preserved” at McLaren before being sold to someone in Japan in 2004 where it remained for two years. The current owner acquired it in 2006 but it hasn’t seen a track day since 1997. The engine, the 6.1-liter BMW V12 (which in this car has a somewhat neutered 600 horsepower) was last run in January – but McLaren has offered to do a full technical inspection free of charge once this sale is complete.

The McLaren F1 was a legend from day one and it continues to grow. These cars will do nothing but appreciate and by the time the kids – who had McLaren F1 posters on their walls in the 1990s – grow up and become financially successful (hopefully) adults in their 50s, 60s, and 70s, these cars will be worth untold fortunes. Road cars started at about $600,000-$900,000 back in the 90s and have sold for upwards of $4 million since 2008. I remember seeing them sitting on used-supercar dealer lots in the early 2000s. Times change fast. Bonhams wasn’t sporting enough to publish an estimate, so we’ll have to wait and see. For more info, click here. And for more from Bonhams in the amazing little town of Carmel, click here.