The car was discovered by the current owner in 1989 and restored. Prior to that, it had Portuguese race history in the 1940s and 50s. Only 45 examples of the Aerodynamic were produced, and with an active HRG owners group, they don’t change hands that often. Click here for more info and here for more from this collection. 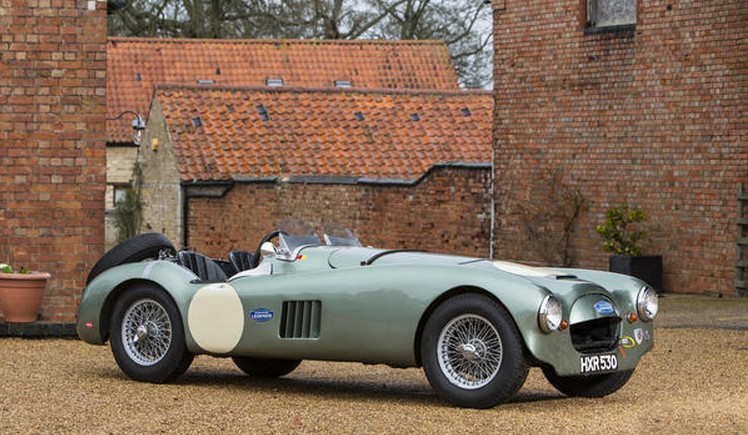 And finally, this 1918 De Dion-Bouton Model HD 15CV 2.9-Litre Charabanc may not have been too expensive. It also wasn’t the cheapest car at the sale. But for the sheer number of doors on this thing, it qualifies as interesting. It could’ve been yours for $13,800. Click here for full results.

Our featured Fiat 8V Supersonic brought $1,760,000. The final million dollar car was this 1929 Rolls-Royce Phantom I Derby Speedster with coachwork by Brewster. It brought $1,980,000. Full results can be found here.

The only other million dollar cars were our featured Lozier, which more than doubled the lower end of its estimate and sold for $1,100,000. The other was this 1933 Stutz DV32 Convertible Victoria by Rollston which sold for $1,512,500.

Interesting sales were highlighted by this gorgeous 1947 Delahaye 135 MS Coupe by Langenthal that I so desperately wanted to feature but ran out of time. It sold for $330,000.

A couple of our older feature cars were the Derham Tourster Duesenberg for $825,000. And the beautiful Hispano-Suiza Transformable Torpedo brought $495,000. This 1929 Isotta-Fraschini Tipo 8A Convertible Sedan by Floyd-Derham sold for $473,000.

Now on to Osenat’s auction, where the top sale was a 1936 Cord 810 Sportsman convertible, of which there was no reasonably good picture I could snag. It sold for $129,000. Both of our feature cars sold. The Darracq-Italiana brought $32,985 while the the Voisin Flatbed Prototype sold for $23,220. The other most interesting car was another Voisin prototype, a 1956 Biscooter C31 Prototype with bodywork I haven’t seen before. It brought $25,800. Check out full results here.

HRG was founded in 1936 by Major Edward Halford, Guy Robins, and Henry Ronald Godfrey (the H, the R, and the G coming from the first letters of their last names). They introduced the 1500 model in 1939. The 1.5-liter four makes 58 horsepower and is good for 85 mph “under favourable conditions,” which, I think, is an understated, British way of saying “when going downhill.”

The 1500 model was produced unchanged until the company closed its doors in 1956 – hence the very pre-war design you see here on a car from the early-1950s. The 1500 was far and away the most popular HRG, with 111 built. Only 241 HRGs were built in total, so they are quite rare – especially one this nice.

British Racing Green is an excellent color for this car and will not hurt when it comes to the final price, which is expected to be between $70,000-$85,000. For more information, click here. And for more from Bonhams in Goodwood, click here.

H&H held their classic car auction at the Imperial War Museum in Duxford, England on April 19th. Our highlighted 1926 Arab Super Sports sold for about $144,000. Top sale of the auction went to this odd yet strangely attractive in yellow 1970 Aston Martin DB6 Vantage.

Next is the very attractive 1936 MG SA Saloon in silver and blue. It’s a big car and proof that not all MGs be needlessly minuscule and terrifying. It sold for $55,900.