The Reliant (and later, Middlebridge) Scimitar GTE was a two-door shooting brake wagon/sports car. Initially – in 1964 – there was a two-door Scimitar coupe, but that evolved into the GTE wagon-ish sort of thing in 1968. Production of various models continued through 1990. They were all front-engine and rear-wheel drive.

Except for this one. It still has the same fiberglass body as other Scimitars, but it also has a four-wheel-drive system from FF Developments, a company that worked with developing such systems, including for a Formula One car (via its predecessor company, Ferguson Research).

Power is from a 3.0-liter Ford V6. This car remained with FF Developments until one of the engineers working on it managed to buy it. From there it passed to another owner, eventually ending up in the Jaguar Land Rover collection, cars from which were sold a few years ago (including this one). The current owner bought it then and has brought the thing back to life. It’s now selling at no reserve. Click here for more info and here for more from this sale. 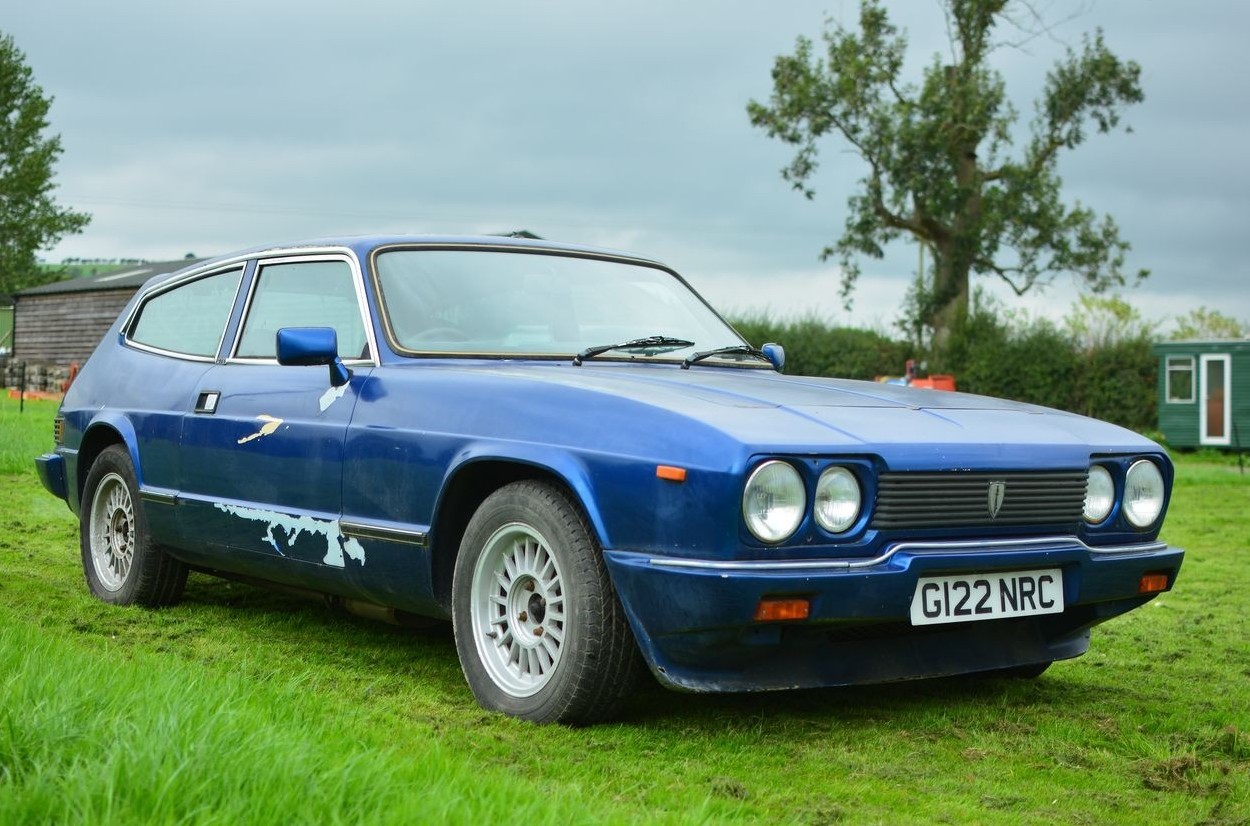