This is a pretty iconic concept car from the 2000s. Or really from any time period. In 2004, retro-inspired design was all the rage, and Ford was hitting it hard with the likes of the 2005 Mustang and the GT revival. Although Ford was not the original manufacturer of the Shelby Cobra, they decided to reimagine the Cobra for the 21st century anyway. And that said, it did supply the engines and had a close relationship with Carroll Shelby himself.

Carroll Shelby was also involved with this project, although to what degree I do not know. The styling does look vaguely Cobra-ish. The aluminum chassis was derived from that of the GT, and power is from a 6.4-liter V10 rated at 645 horsepower. Ford only produced four of these engines. So don’t break it.

The car is said to be capable of 207 mph but is limited to 100 mph. It was 100% intended for production. In fact, this car was so ready to go that this, the only prototype built, is plated for the street. It was purchased by its current owner, a former Ford VP of product development, in 2017. No pre-sale estimate is available, but this should be one of the stars of the show at Mecum Monterey. Click here for more info and here for more from this sale.

Since 1965, there have been quite a few Shelby-branded products that weren’t Cobras. And this is the best of them. They were built around the early, light first-run Mustangs. The first-generation GT350 was technically built in 1965 and 1966, but the ’65s are better.

All 562 first-year GT350s were finished in Wimbledon White, and most had Guardsman Blue Le Mans stripes. Power is from a 4.7-liter (289) V8 rated at 306 horsepower. This particular car was originally used as a Shelby factory demonstrator.

It has less than 7,000 original miles, having pretty much sat in storage with every one of its many owners of the years. Mecum estimates it to be worth between $400,000-$500,000. Click here for more info and here for more from this sale.

The GT350 was the most badass 1965 Mustang. But how do you take that up a notch? You turn it into a factory race car, of course. That’s what Shelby did with 34-ish of their launch-year GT350s. The R was built for SCCA B-Production competition.

This car is the first GT350R built and was used by Shelby American as a factory race car, racking up 10 B-Production victories in 1965, along with the national championship – the latter with driver Jerry Titus. It was also the test mule for Shelby before they built the 34 customer cars.

Famed drivers Ken Miles, Bob Bondurant, Chuck Cantwell, and Peter Brock all also drove this car in period. It’s been restored and retains a 4.7-liter 289 V8 that made somewhere north of 300 horsepower. Mecum bills this as the “most historically significant Shelby Mustang in the world” which might be a little much. In any case, it’s likely to be among the most expensive. Click here for more info and here for more from this sale.

The Shelby Series 1 was a legitimate, home-grown American sports car. It was the first Shelby-branded car to start from a clean-sheet design. They managed to produce just 249 examples – all in 1999.

Power is from a 4.0-liter Oldsmobile Aurora V8. That may sound lame, but remember that engine was also the basis for Olds’ Indy car engine around this time. Power in the Series 1 production cars was rated at 320 horsepower, and a top speed of 170 mph was reported.

This is actually a pre-production prototype and demonstration car. A couple of these prototypes were built. Later on, after the Series 1 program went bust, a Series II was introduced, but never advanced beyond the prototype stage. At no reserve, this car is expected to fetch $120,000-$150,000. Click here for more info and here for more from this sale.

We pick up where we left off last time: with Silverstone Auctions. This time it was their sale of British marques, where the Jaguar XJ220 we featured was the overall top sale at $429,230. The AC Aceca was withdrawn.

Now we move on to Brightwells’ Leominster sale. No withdrawn AC cars here as this 1962 AC Greyhound took home top sale honors at $104,923.

The Jaguar XJS Monaco we featured previously failed to sell here again. And the Quantum 2+2 sold for $1,678. Click here for more results.

We’ll stay in the U.K. for the annual all-Aston Martin sale from Bonhams. Naturally, the one we featured (a Virage Volante) failed to find a new home. But the biggest money car of the day was $1,097,622 paid for this 1964 Aston Martin DB5. Final results can be found here.

The RM Sotheby’s Villa Erba sale featured a couple of no-sales among the offerings we highlighted, including the Hispano-Suiza sedan and the Ferrari 330 Zagato. Another Ferrari, this 1954 500 Mondial Spider by Pinin Farina, was the top sale at $4,156,350.

We’re picking up with Worldwide Auctioneers in Auburn, Indiana, where the Ford GT Prototype we featured was the top sale at $467,500. The other two prototypes we featured both sold at no reserve with the Ford Ghia bringing $1,650 and the Seagrave $11,000. Most Interesting goes to this 2014 WaterCar Panther that sold for $88,000. 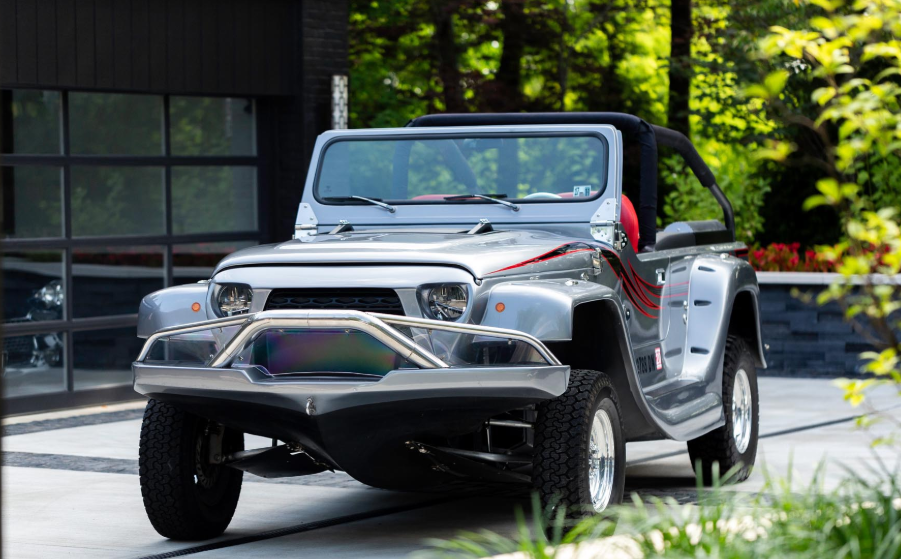 A previously-featured Ford Thunderbird Concept Car sold here for $25,300, a long way from its original asking price. More results can be found here.

We move on to RM Sotheby’s in London. A low sell-through rate saw two of our feature cars, the Maserati Barchetta and De Tomaso Guara, fail to sell. The top sale was $2,550,296 paid for this 2003 Ferrari Enzo.

The Sbarro Espera sold for $10,401. Complete results can be found here.

Next up is Brightwells’ Modern Classics sale. We didn’t get to feature anything, but this 2001 Land Rover Defender 90 Tomb Raider Edition was the top sale at $18,477. Click here for more results. 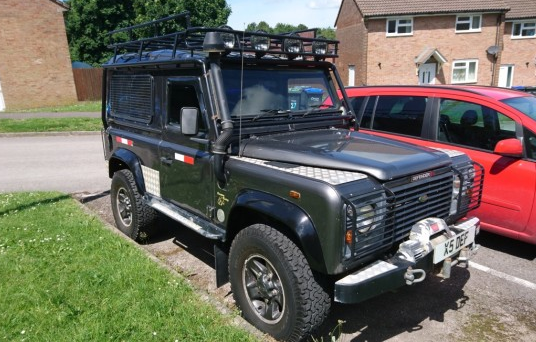 Bonhams held their Goodwood Revival sale in September. The Bristol 404 Coupe we featured failed to sell (as did the rest of an interesting collection of Bristols), but the Jaguar XJR-11 brought big money: $1,542,582. The biggest money of the whole day was for this 1964 Shelby Cobra 289 Competition at $1,760,176

The top seller at Mecum’s Louisville sale was this 2018 Dodge Challenger SRT Demon that sold for $132,000. All results from this sale can be found here.

We’ll start with one from April: Worldwide Auctioneers in Houston, Texas. The one car we featured, the Ford Prodigy Prototype, sold for $2,200. The top sale was this 1965 Shelby GT350 that brought $363,000. Click here for full results.

We featured two of the other Bugattis and they both sold. The Type 46 Coupe De Ville sold for $459,937 and the Type 57 Galibier Sedan brought $516,615. The Porsche 914/6 Prototype and a previously-featured Talbot Sedan failed to sell. More results can be found here.

Off to Monaco where there were three sales this year. The first was from Bonhams and the ex-Aryton Senna McLaren Formula 1 car was the top seller going for $5,009,296. The other ex-Senna F1 car, the Toleman TG184 brought $1,921,374. The two Ferraris we featured, the 625 TF and the F1/87, both failed to sell. We’ll award most-interesting to this 1955 Jaguar XK140 SE with a special one-off body by Michelotti.

It was essentially a barn find project. They had an estimate of around $50,000 on this car and it blew that out of the water, selling for charity at $425,447. Well sold! Click here for more results from this sale. 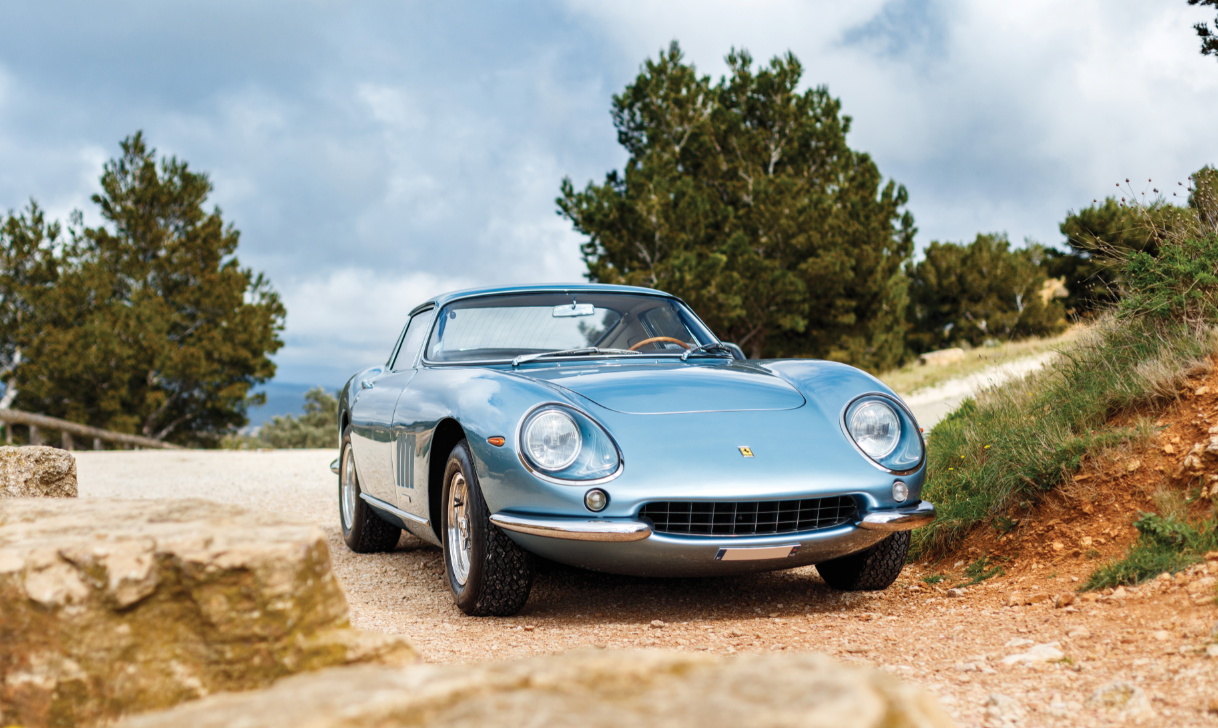 Our biggest dollar feature car was the Benetton B192 that brought $960,929 (the sales numbers from this sale are all estimates as I’m doing currency conversion a week late. Sorry. I went on vacation). The other F1 car from this sale, the Jordan 199, brought $284,447. The Ferrari Sergio would’ve been the biggest dollar car here, but it failed to sell. As did the Gilco. Another Ferrari, our previously-featured 328 Conciso, sold here for $128,811. Click here for more results.

Keeping with the Ferrari theme, Silverstone Auctions held an all-Ferrari sale the day before their May Sale. We featured a 550 Barchetta and it’s been listed as “Result to Follow” for a week now, so we’re calling it “maybe sold maybe not but we’ve got to ‘go to press,’ as it were.” Otherwise, the top seller was this 1972 Ferrari 365 GTB/4 Daytona for $721,929. Check out complete results here. 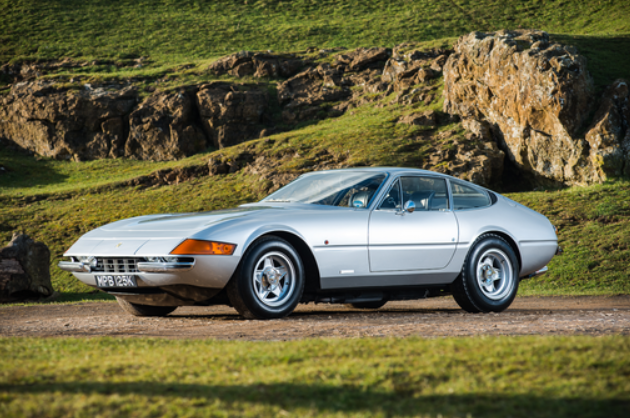 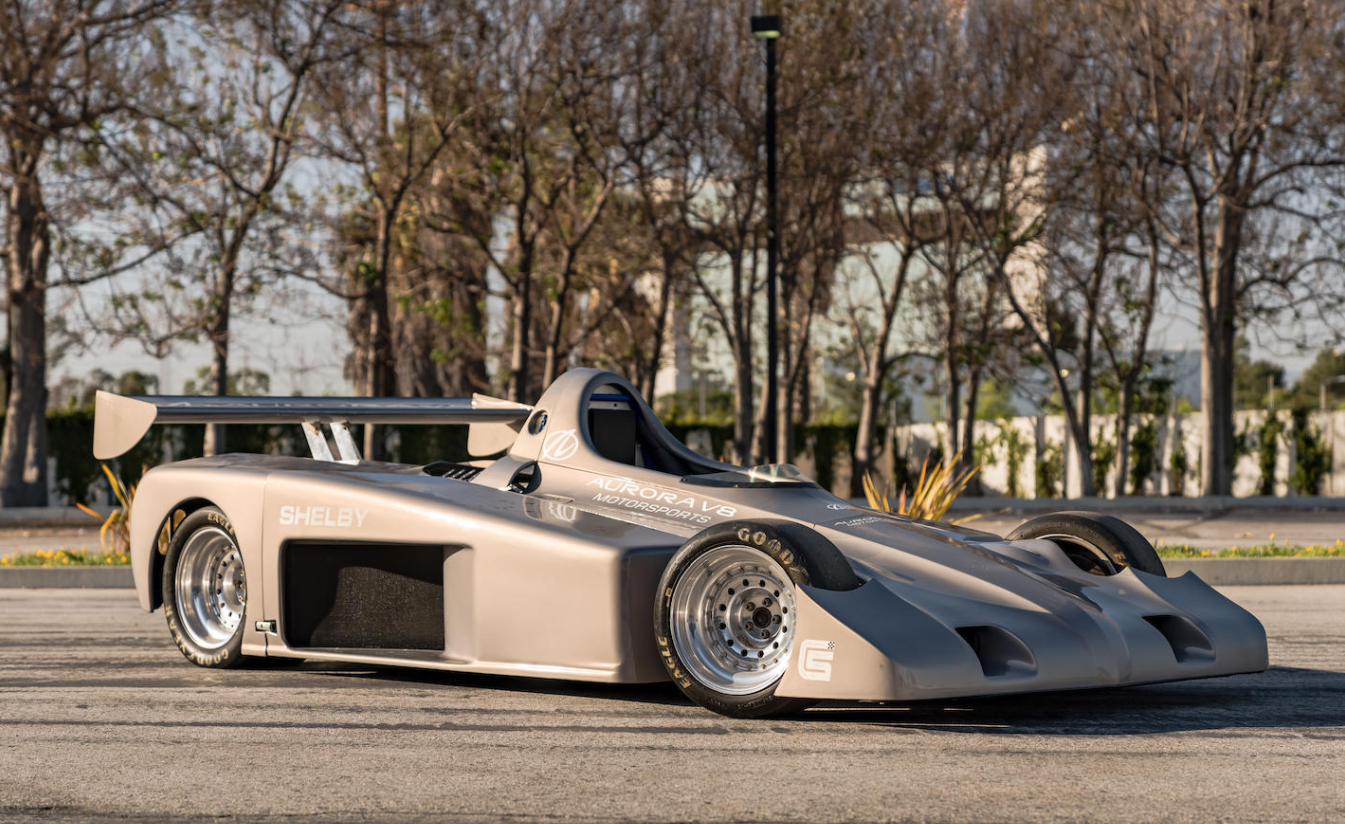