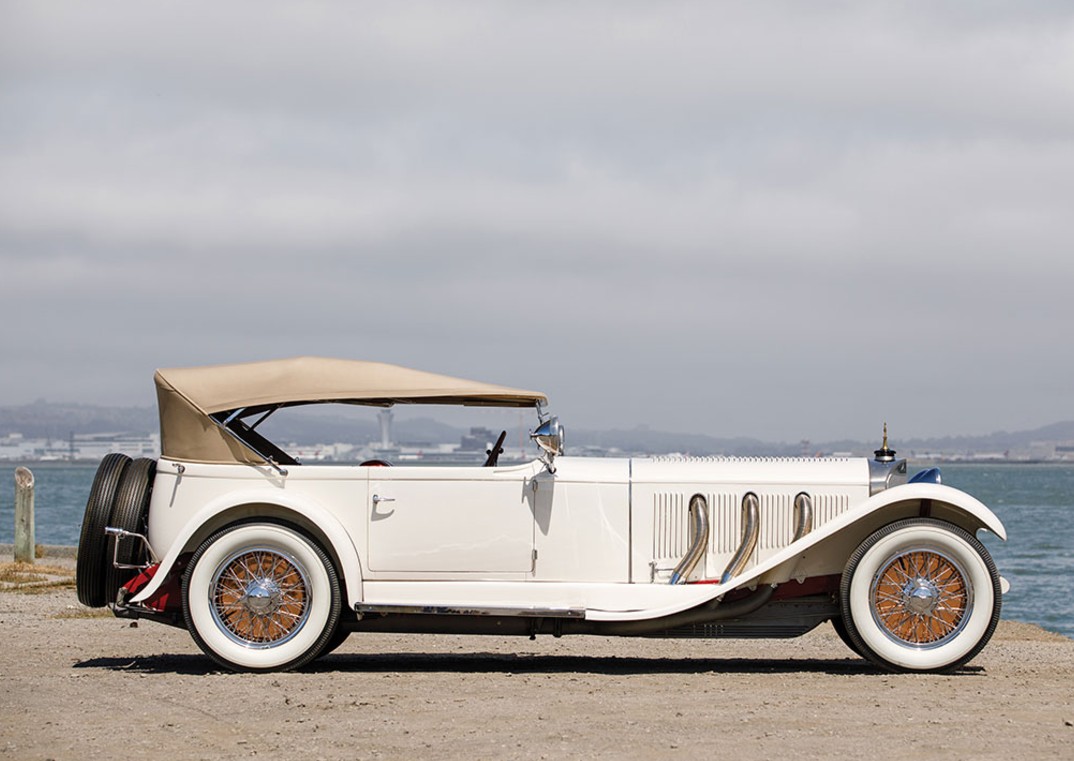 I know we featured a similar-looking Mercedes-Benz S-Type just a week ago but this… this is one of my favorite cars of all time. This is Al Jolson’s Mercedes and it is wonderful. The S-Type was sort of the entry-level model of Mercedes-Benz’s first halo car, introduced in 1926. The cars only get better as they added letters: the SS, the SSK, and the SSKL.

Under that long hood is a 6.8-liter straight-six. Under normal operating conditions, it makes 120 horsepower – but there is a supercharger strapped to the motor that, when engaged, pushes the power to 180. The body is a two-door, four-seat tourer by Mercedes’ in-house coachbuilder, Sindelfingen. The cream exterior with red interior is a great combo and the low-slung dramatic stance this car has is just incredible. 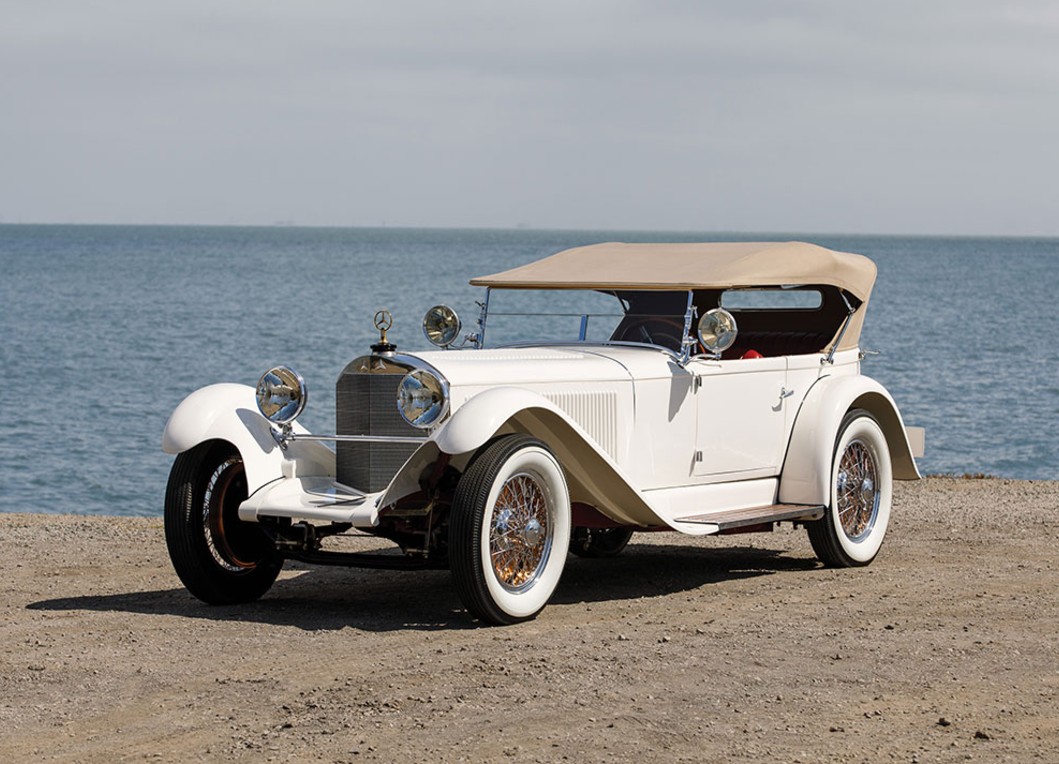 We never use more than one photo of a car, but it’s impossible not to here. I’d use all of them, but RM Sotheby’s would probably get angry, so just go check out the rest of them here on their site.

According to its third owner, famed American designer Brooks Stevens, this car was given to Mercedes-Benz factory racing driver Rudolf Caracciola when new. But it’s first traceable owner was none other than Al Jolson, one of the biggest stars of stage and screen (and radio) in the 1920s. He owned the car until 1947 when Stevens bought it. Stevens owned the car until 1990 when he sold it (and then the new owner restored it).

About 10 years ago (give or take) this car was offered at the Auto Collections (or the Blackhawk Collection, I can’t quite recall which, but aren’t they essentially the same thing?). It was there for a while and that’s when it became my “lottery car.” It’s a spectacular looking example of one of the finest pre-war sporting tourers money could buy. And imagining it being manhandled around Jazz Age Hollywood by one of its top stars just adds to its appeal. 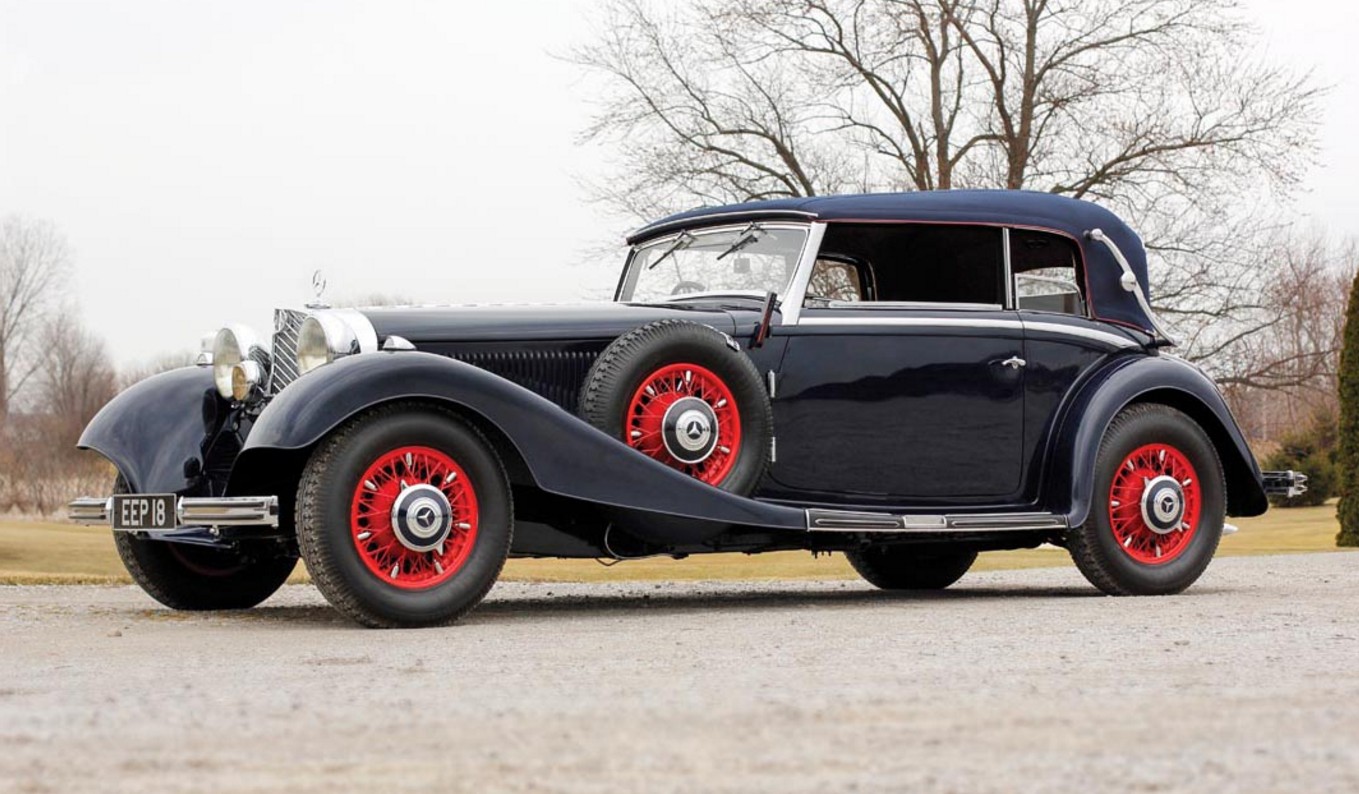 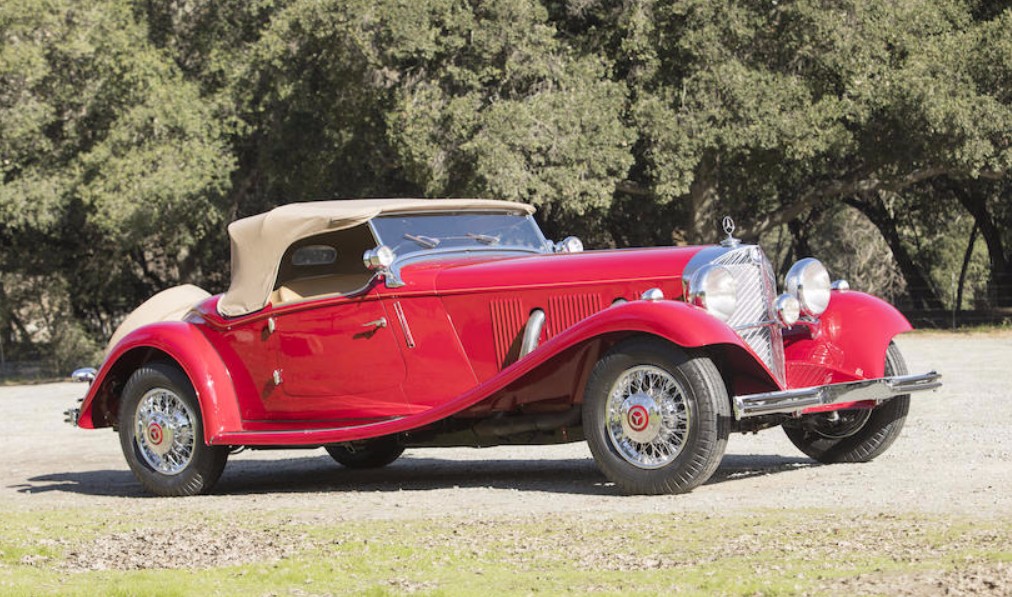 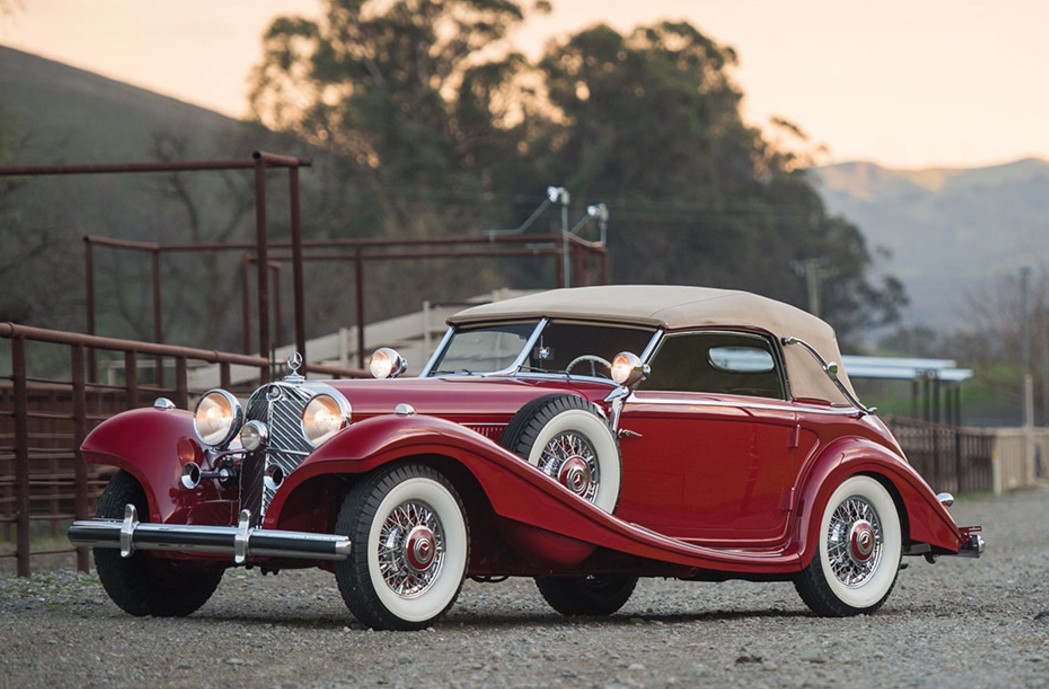 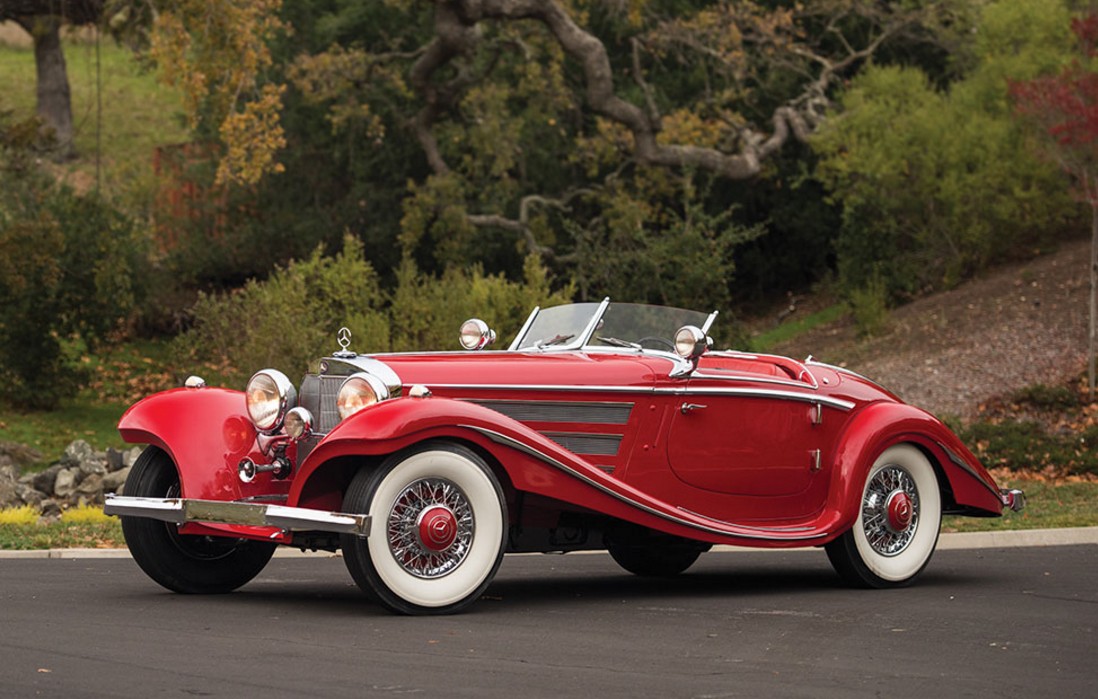 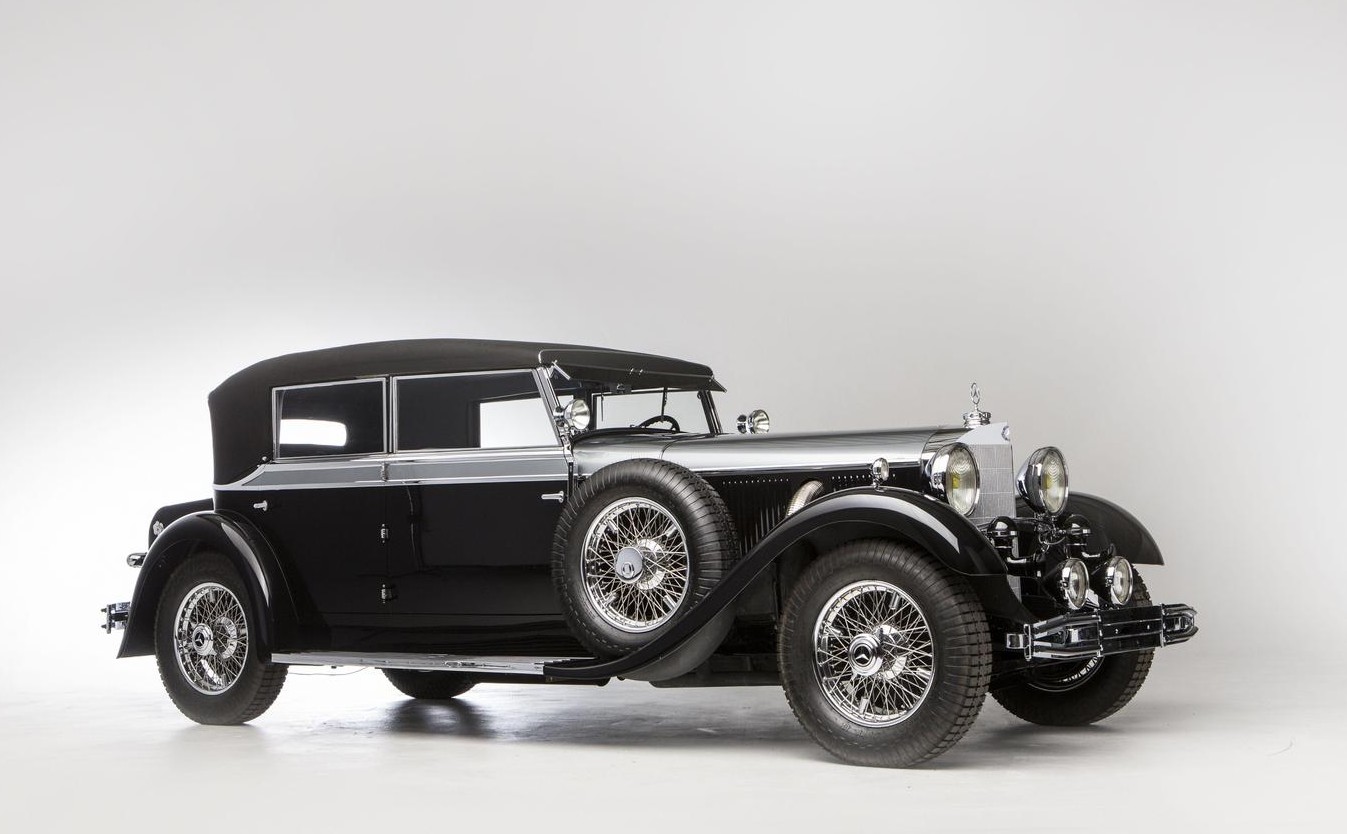 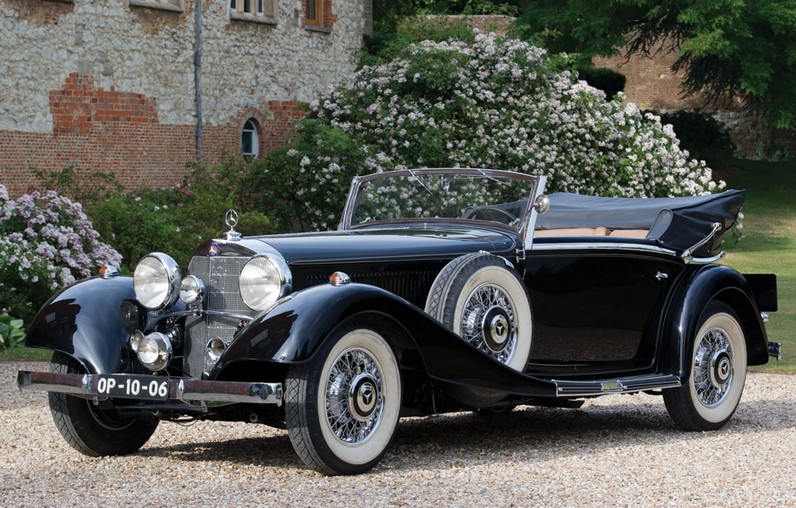 RM Auctions is offering an incredible collection (all from the same owner) of Mercedes-Benzes. Like 70 or 80 cars – it’s an entire day of the auction. Anyway, there are a lot of old Benzes in the sale that I’ve never seen before. Many are more generic, pedestrian models than this 500K (but sometimes that’s even more interesting).

The 500K was the followup model to the 380K. It was introduced in 1934 and uses a 5.0-liter supercharged straight-eight engine making 100 horsepower and 160 with the supercharger engaged. The body is by Sindelfingen – Mercedes’ then in-house coachbuilder. Between the 500K and the 540K, only 122 Cabriolet C bodies were built.

This car has been beautifully restored and the interior shows signs of use. It would make a great driver – something that is rare among these high-dollar Mercedes cabriolets. The pre-sale estimate on this car is $1,100,000-$1,400,000. You can read more here and see more from this auction here.