Ernest Zurcher and Herman Luthi founded Zedel in Switzerland in 1896. In 1903, they set up a second manufacturing location in France, and it was successful enough that the Swiss location eventually closed, making Zedel a predominantly French marque thereafter. It was taken over by Donnet in 1919, and the marque was changed to Donnet-Zedel in 1924.

The Type P is said to feature a “large displacement” inline-four that was rated at 15 taxable horsepower when new. The body is the story here, though. It looks long and low. It is long, but I think the shadows are making the roof look much more “chopped” than it really is. It makes it look menacing. 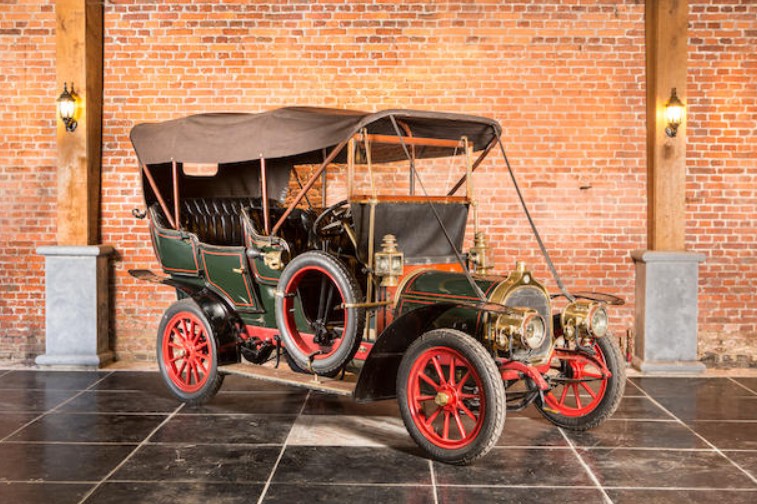 Zedel was actually a Swiss company when it incorporated in 1901. In 1902, they opened a factory in France and in 1906 they produced their first vehicles. The Swiss arm of the company was gone by 1908 and Zedel was primarily a French concern thereafter – until the entire company shut down in 1923 (though they had been selling cars as Donnet-Zedel since 1919).

This, the 10 horsepower Zedel, was in production at least from 1908 through 1910. It’s a four-cylinder engine and it moves a pretty large touring car body that was built for this chassis by Henri Gauthier.

Zedel never built cars in large numbers and this is the first non-Donnet Zedel that I can recall coming up for sale in the past few years. It is coming out of a decent-sized collection of French and Belgian cars that Bonhams has on offer. This one should bring between $36,000-$48,000. Click here for more info and here for more from Bonhams.