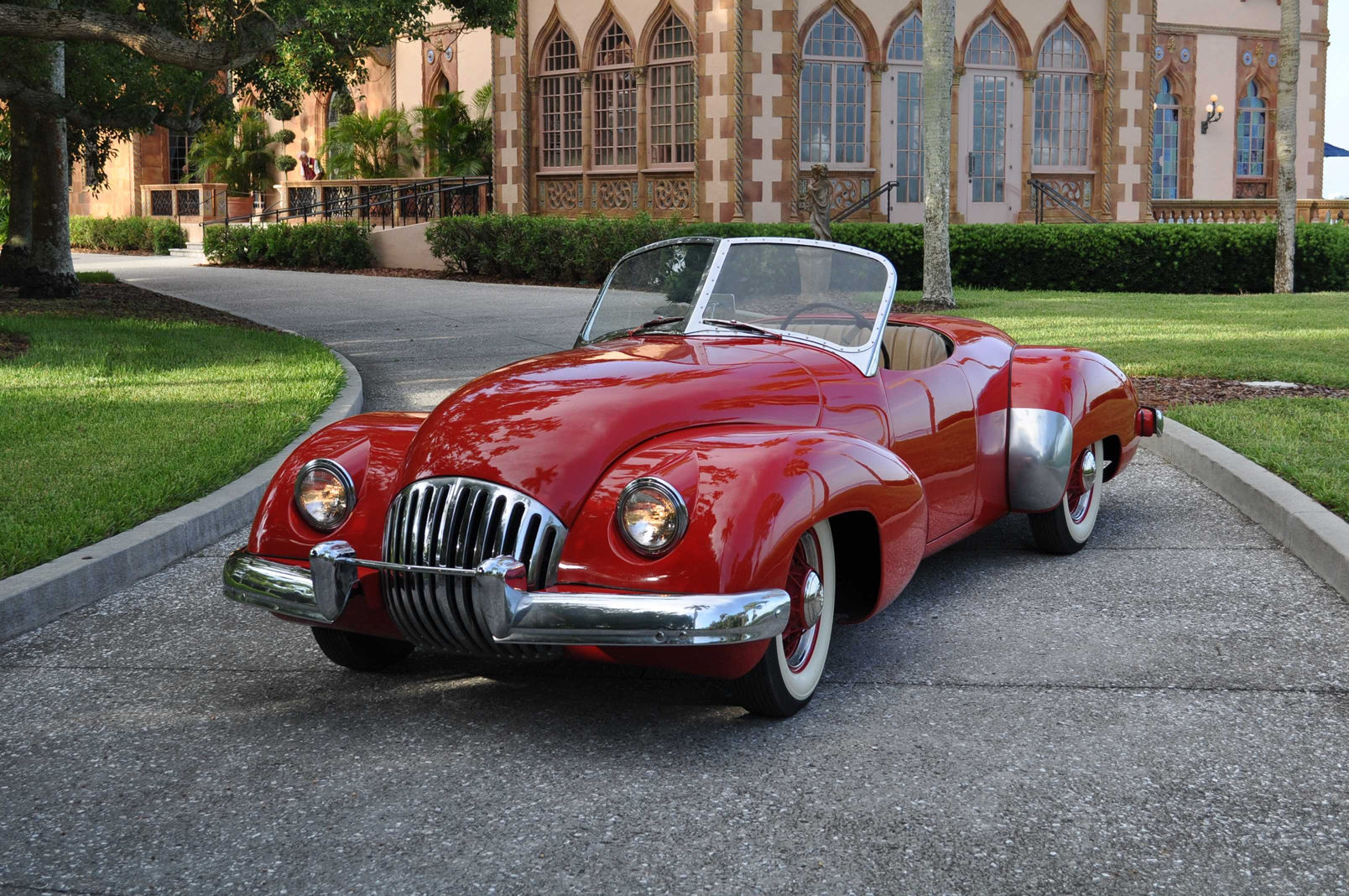 Frank Kurtis is an important name in the history of American sports cars. In the late-1930s he built his first midget dirt-track car. Just prior to WWII, he designed a car that would eventually go into (short-lived) production as the Davis Divan.

Kurtis Kraft would be he racing car business. He built five Indianapolis 500 winning cars and nearly 2,000 Kurtis Kraft cars would be built, 120 of which would actually compete in The Greatest Spectacle in Racing. He even built a short run of sports cars for the road (and those were also produced as the Muntz Jet).

The car you see here is often billed as “America’s first Post-War sports car.” It was designed by Frank Kurtis and Paul Omohundro, a man who had worked for Kurtis fabricating race car bodies. The Comet was built around a 1940 Ford chassis and the two men planned to put the car into limited production on donor Ford chassis (it never happened).

The engine was a 1946 Mercury flathead V-8 making about 100 horsepower (it was swapped out years later for a 1949 engine). Omohundro was able to build a lightweight aluminium body that made the car capable of over 100 mph. The car bounced around between owners, garnering little use until it was parked in 1986 and forgotten.

When it was finally rediscovered, a restoration was undertaken and completed in 2007. It has been shown and won awards at multiple prestigious concours’ and while its claim of America’s “first Post-War sports car” can be disputed, it is considered the first documented American “coachbuilt car after the war.”

This isn’t a car that you can find a duplicate of – as it was the only one built. It’s also in the best shape it has ever been in. You can buy it from one of America’s coolest car dealerships in Sarasota, Florida for $390,000. Click here for more info.