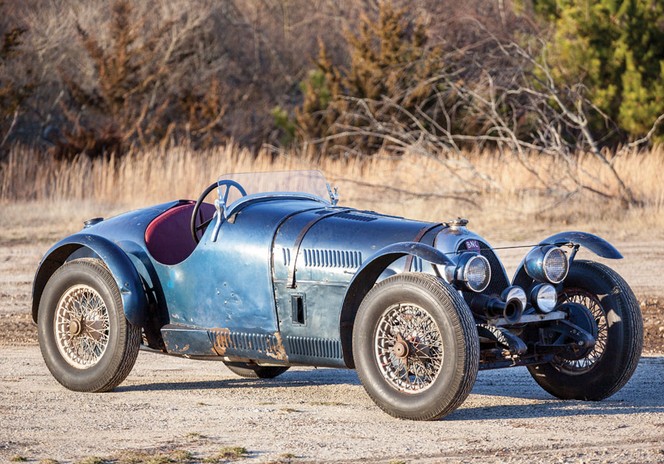 B.N.C. is not a household name when it comes to classic cars. They were only around from 1923 through 1935 and most of their cars were very sporty, competing in races at tracks such as Spa and Le Mans. The car you see here was actually raced during the very first race at Watkins Glen.

The Type 527 was a racing model that used a 927cc straight-four Ruby engine. This particular car had a Ford 2.2-liter V-8 dropped in it during the 1940s after it was purchased by an American in 1940. This car could be found at SCCA events throughout the East Coast in the immediate Post-War period and in 1948 it finished 8th overall in the inaugural Watkins Glen Grand Prix.

This car has been preserved and is pretty much all-original (except for the engine of course). And that’s pretty remarkable considering how much this thing has been raced in its life. It should sell for between $170,000-$220,000. You can check out more here and see more from this sale here.