The government was nice enough to put the 1940 Census online. Well I had some free time at work (sshhh! don’t tell anyone!) and spent some time paging through various areas (after finding my relatives), mainly in and around L.A. to find how much money some movie stars’ homes were worth during the Golden Age of Hollywood. I found about 60 interesting people.

Well I came across some interesting folks along the way – many movie stars and directors and producers and writers. But also some people from the world of cars. I’ve been meaning to share this for well over a year now, so here we go. Also, because these photos are so big, loading them all in one post keeps crashing the site, so I’ll do one person per post. 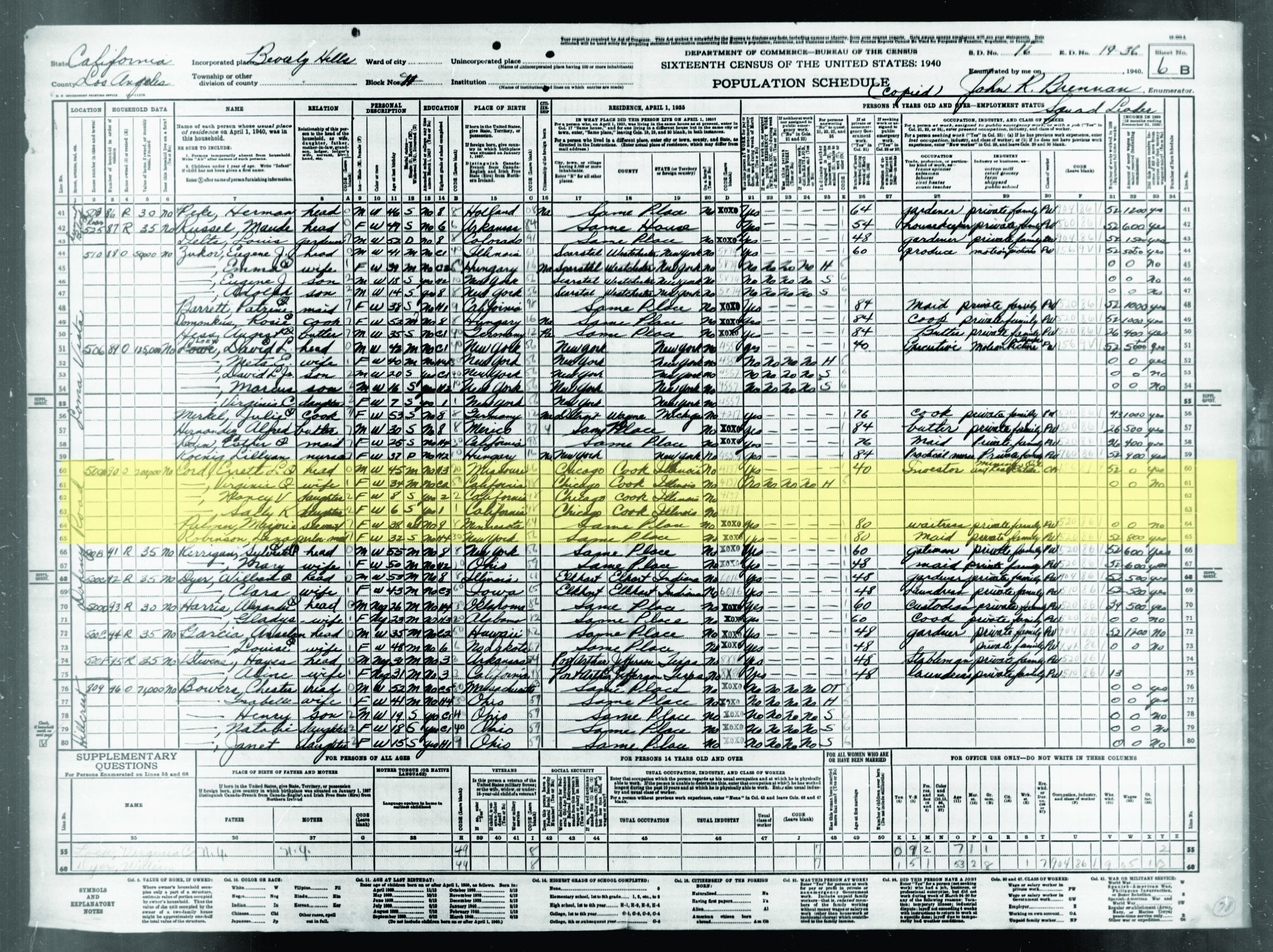 Errett Lobban Cord was born in 1894 and became an automotive titan around 1930. But the Depression took his empire away and so he moved to California where he made his second fortune in radio and television. On the census he lists himself as an investor in real estate.