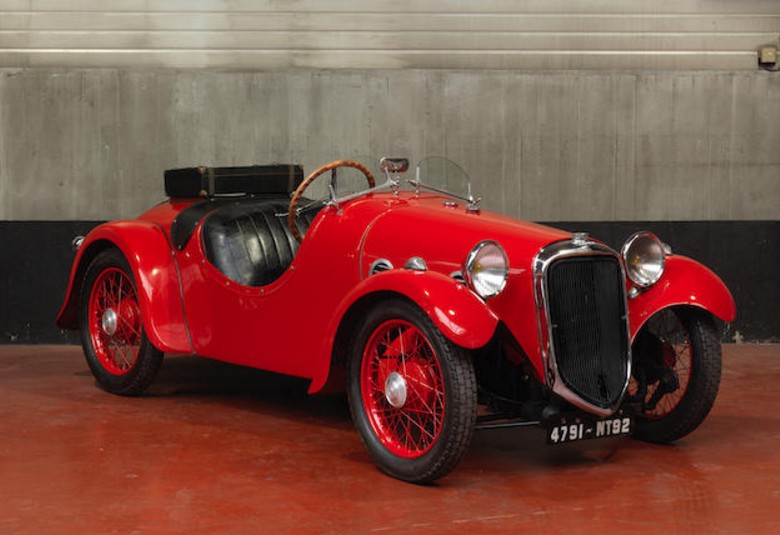 Darmont was a car manufacturer from just outside Paris that was founded in 1919 when Robert Darmont began importing three-wheeled Morgans from the U.K. When the war ended, he teamed up with his brother André and to build Morgans under license under the name Darmont-Morgan. Darmont-branded cars went on sale in 1926 and lasted through 1939.

The Type V Junior was the last new model introduced by the company and it was the only four-wheeled car the company produced. Going on sale in 1935, the car was powered by a 1.1-liter V-twin engine.

Production ended in ’39 and this one features an “older” restoration. These are rare and it’s unknown how many were built. It should bring between $22,000-$33,000. Click here for more info and here for more from this sale.