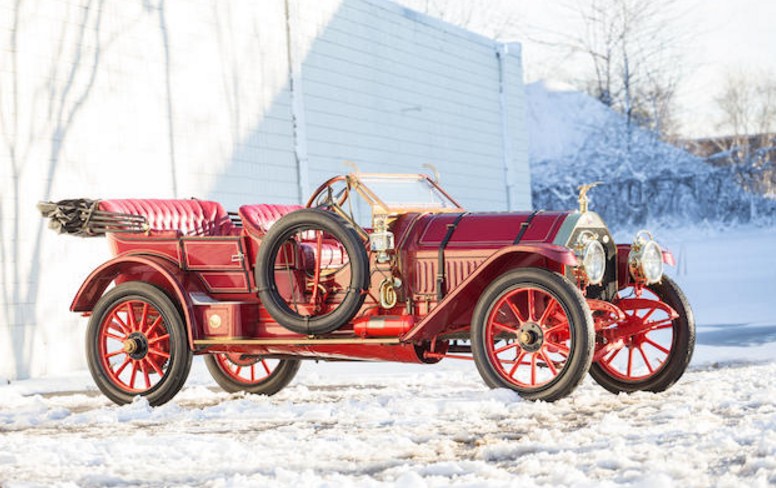 The Thomas Flyer was one of America’s greatest pre-WWI automobiles. There were a number of different models with varying engine sizes and power ratings, but this… this was the big one. The six-cylinder Thomas was introduced in 1908 and continued until the end of the marque.

This, the Model K 6-70, was their largest car offered in 1910. It is powered by an absolutely monstrous 12.3-liter (!) straight-six. Power is rated at 70 horsepower and five body styles were offered with this, the Flyabout, priced at $6,000 new. It wasn’t cheap. But it was worth it.

Only a few 70 horsepower Thomas cars survive intact (there are others that were pieced together much later). This one has known ownership from new (when it was originally a fire vehicle). When it was restored in the 1970s, an exacting replica of an actual Flyabout was constructed. It’s an impressive and imposing tourer that can be yours for between $900,000-$1,200,000. Click here for more info and here for more from Bonhams.