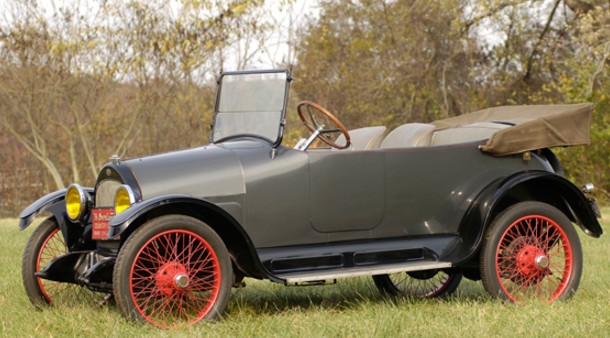 Did you know? Auctions America says that Overland was America’s #2 automobile marque between the years of 1912 and 1918. Yes, during some of those years there was a major war, but it still counts.

Overland was founded in 1903 by Claude Cox and he sold the company to John North Willys in 1912. It was then called Willys-Overland, but the standalone “Overland” marque continued until 1926 (and re-appeared for a year in 1939, which was kind of a fluke because it sort of just morphed into Willys).

The 1919 Model 90 was offered as a Sedan and a Roadster – and this car wears a sporty Touring trim. The engine  is a 32 horsepower straight-four and the car looks nice. It’s being offered out of a museum, so it hasn’t been abused – but it may not have been used in a while. It should bring between $20,000-$30,000. Click here for more info and here for more from this sale.