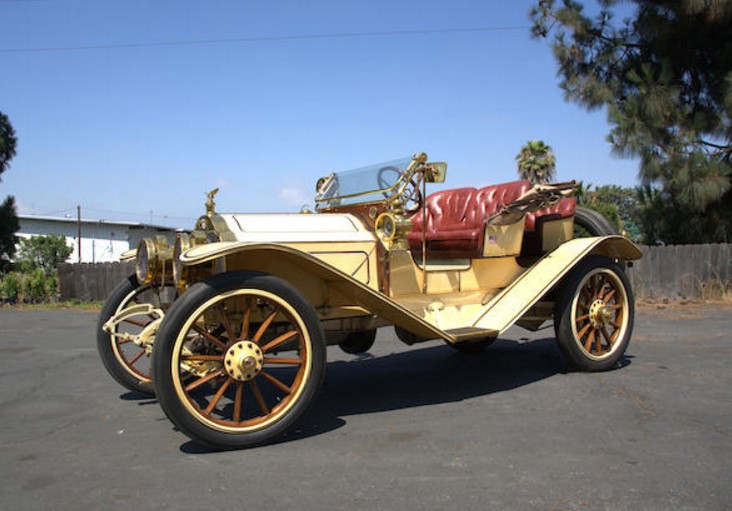 Studebaker is one of America’s greatest automobile marques, even if they went out of business in 1967. The company could trace its roots back to 1852 and in 1902 its first cars went on sale. Arthur Lovett Garford was a business man from Elyria, Ohio, who was successful in the bicycle industry. In 1904, he teamed up with Studebaker to build and sell cars.

Garford provided the chassis, Studebaker the engines. Up through 1911, the cars were branded as Studebaker-Garford (and here and there as each marque separately, as both tested the limits of their marketing agreement). The G7 was the name in 1910 for what was the Model D in 1909 and what became the G8 in 1911. It is powered by a 40 horsepower 5.4-liter straight-four.

The history of this example isn’t well known and it’s not clear that the body is original (records show that only Touring cars and Limousines were offered on the G7, while this is a sportier Runabout). This is a former Japanese museum car that is now back in the States. Studebaker-Garford isn’t a marque that shows itself often at auctions and this one should sell for between $80,000-$120,000. Click here for more info and here for more from this sale.