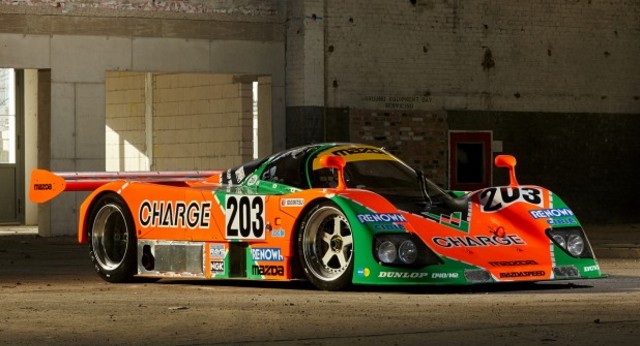 No, this is not the Le Mans-winning Mazda 787B. This is the model of IMSA GTP class racing car that came before it. Mazda’s program actually started with the 717C in 1983 and a couple of iterations later, the car you see above was built. The 767 was built by Mazdaspeed for the 1988 season and then it was updated to 767B spec for 1989.

This car, sporting the perfect orange and green livery, is powered by a 2.6-liter 4-rotor Wankel that makes an insane 630 horsepower. It is one of three built and was a Mazda factory race car. It’s competition history includes:

Mazda sold the car in 1991 to a privateer who continued to campaign it through 1992. The next owner acquired it in 2003 and the current owner bought it in 2013. It has been restored and comes with the body work from Le Mans in 1989. It’s an extremely rare prototype race car, a direct ancestor of a Le Mans-winning racer. Gooding & Co. estimate that it will bring between $1,800,000-$2,400,000. Click here for more info and here for more from this sale.