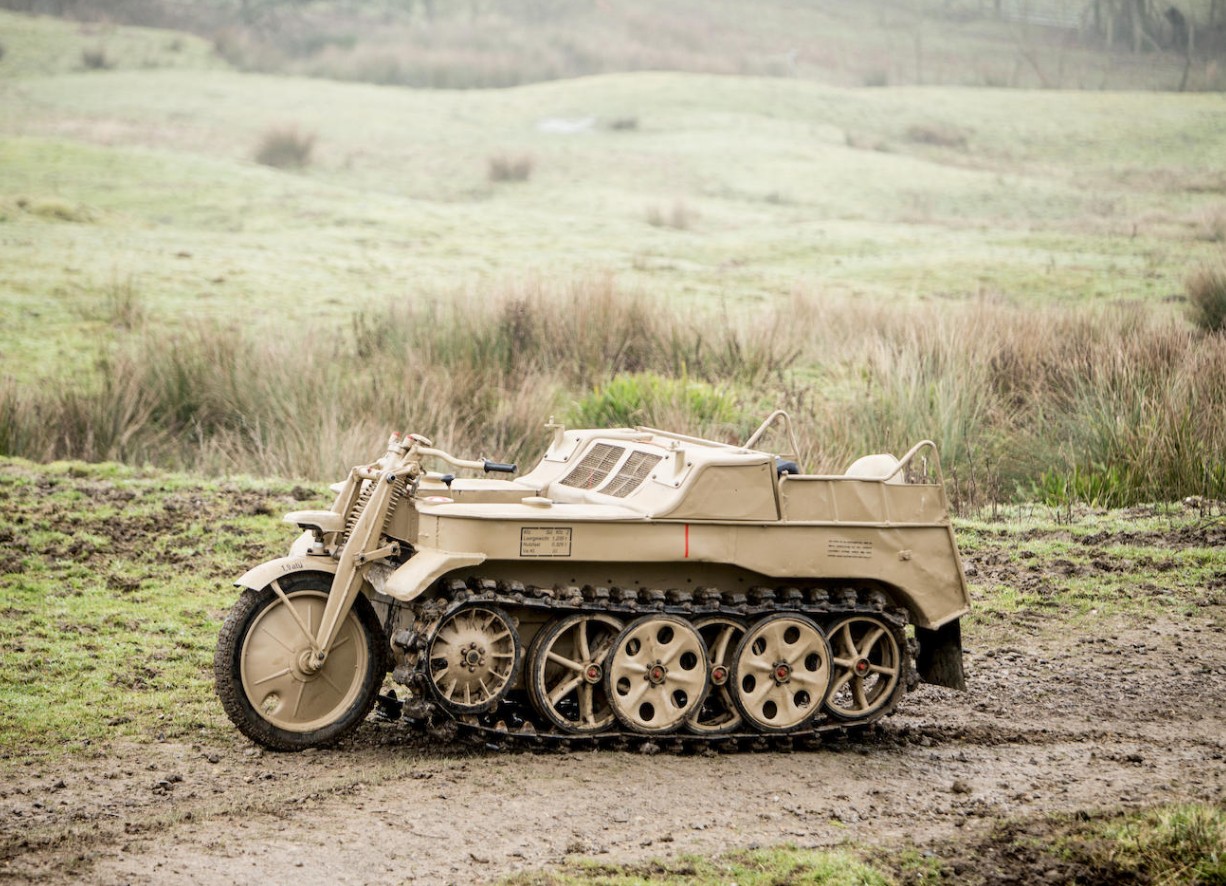 It’s weird how war can create the need for vehicles that previously did not exist. Take this, the Kettenkrad – or, technically, the SdKfz 2. “Kettenkrad” is basically German slang for “tracked motorcycle.” This vehicle – it’s not technically a tank, and not technically a motorcycle, nor technically a tricycle (it has the right layout but more wheels than most trucks) – was designed and manufactured by NSU in Germany.

Produced between 1939 and 1948, the Kettenkrad was designed to be used by the German airborne, as it could fit in the cargo compartment of a Junkers Ju 52 – but it couldn’t be dropped via parachute. It’s powered by the 1.5-liter, 36 horsepower straight-four from an Opel Olympia. Top speed was 44 mph – making it the fastest tracked vehicle of WWII.

This has known ownership history back to 2011 (yep) and it’s been completely restored. Kettenkrads are a staple of every WWII movie set in Europe. By the time wartime production stopped in 1944, 8,345 of these had been built. Production resumed after the war as these were popular on farms. About 550 more were built through 1948. This immaculate wartime example should bring between $75,000-$100,000. Click here for more info and here for more from this sale.