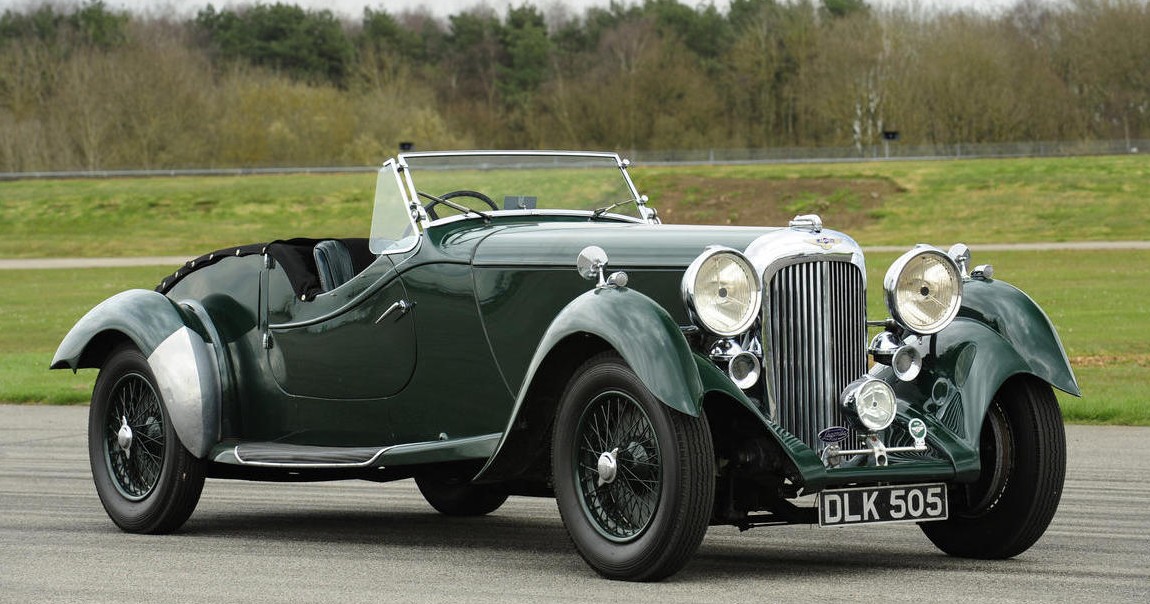 Although it has had a long association with Aston Martin (after being purchased by them in 1947), Lagonda was once an independent manufacturer. Lagonda car construction goes back to 1907, but it wasn’t until the inter-war period where their design and fame really took off.

In 1935, the company was going through hard times. But it was saved and W.O. Bentley was brought aboard to help build some fantastic cars. And in 1936, the LG45 was launched. It uses a 4.5-liter straight-six. The cars were heavy and beautiful but a little removed from sportier Lagondas of earlier days.

And thus the Rapide was conceived – it was to be a four-seat sports car based on the LG45. The car was lighter and featured a “Sanction 3” engine (the motors were available as Sanction 1, 2 or 3 – the higher the number, the more tweaks applied by W.O. Bentley). Total output was about 133 horsepower. The cars were attractive and all shared the same Lagonda-built bodywork. Only 25 were built – 24 remain.

This particular car was owned originally by the chairman of Lagonda at the time, a Mr. Alan P. Good, who nicknamed the car “Mathilda.” He sold it in 1938 and the next owner  after that acquired the car in 1954 and owned it until 1997 in the U.S. It spent the following two years in Canada before the present owner acquired it in 1999. The restoration is at least as old as 1979 and has been well cared for since. The engine was freshly rebuilt in 2009. “Mathilda” is expected to bring between $860,000-$940,000 at auction. Check out more here and more from this sale here.