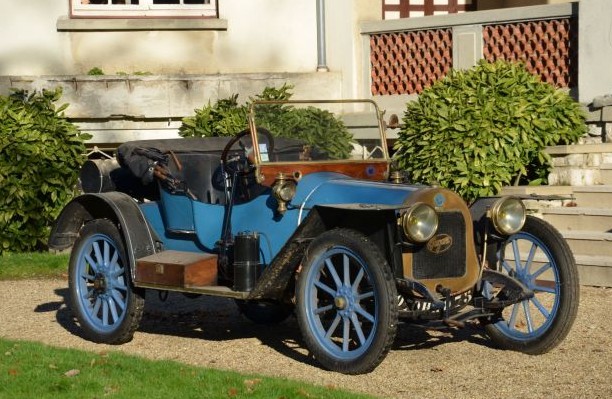 Automobiles Grégoire was founded in 1902 by Pierre Joseph Grégoire in Poissy, France. Automobile manufacture commenced in 1904 and their signature look was a pear-shaped radiator.

For 1908, this was the most powerful Grégoire money could buy – the top-of-the-line four-cylinder model. This car carries sporty phaeton coachwork from French coachbuilder Alin & Liautard. It has known history only back to 1978, but has been restored to drivable condition. And that’s what is great about this car – it is perfect for old car rallies.