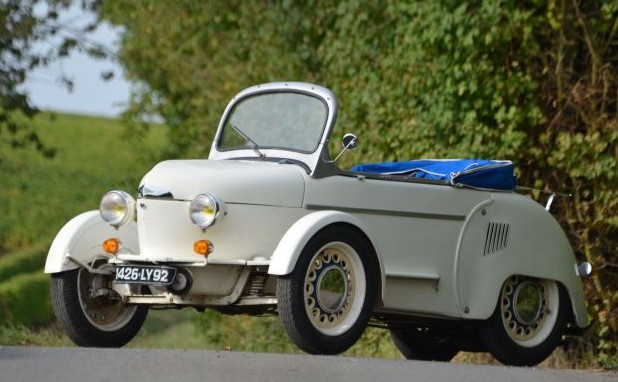 As rare as they are, we’ve actually been fortunate enough to feature a 1951 Reyonnah on our site before. What’s a little strange is that the other car we featured was listed as a 1951 whereas this car is listed as a 1953 – and this was the first example built.

I’m only featuring this “duplicate” car because 1. it’s the original prototype and 2. I’m doubling it up with another old microcar. Might as well toss this in with it. Anyway, this car uses a 175cc single-cylinder putting out 8.5 horsepower. What’s even cooler than the fact that the original prototype still exists, is that this car has been owned by Robert Hannoyer’s family since it was built by him back in 1953.

Hannoyer’s son Jean-Pierre is the one selling it. Only about 12 of these were built and a handful of them still survive. This is the first one. The Reyonnah we featured sold for $184,000. This one is expected to bring between $68,000-$110,000. You can read more here and find more from Artcurial here.