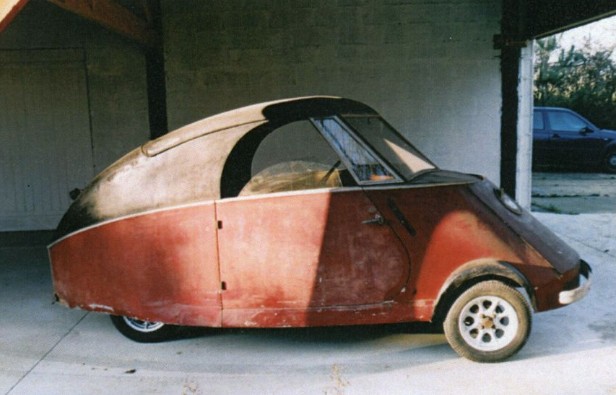 When the Germans took France, they quickly banned the sale of gasoline to those without special permission to drive. The innovative (including Peugeot) tried their hand at building very small electric cars as a way to build vehicles, stay in business, and keep France motoring.

This car was designed by architect Michel Dufet and produced by Pierre Faure. The engine was a small electric motor making 10 horsepower driving the two rear wheels. It was capable of 25 mph and could do 40 miles on a single charge. About 20 of these two-seaters were built, this being #16. It is in original condition and would be a perfect candidate for complete restoration having spent many years in a museum. It should sell for between $20,000-$34,000. Click here for more info and here for more from Artcurial.