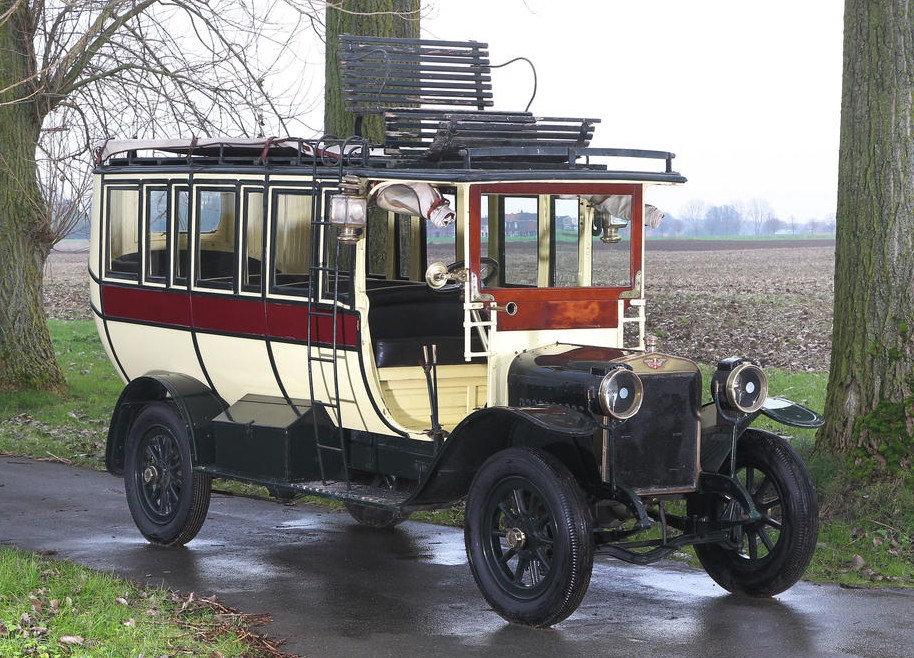 How about this for unexpected and seriously cool? This is an earlier Hispano-Suiza – before they started building cars in France. They built fast cars, they built luxury cars. And they built public transport omnibuses too, apparently.

Being a country’s main automobile manufacturer sort of lends you to being a jack of all trades and that’s what Hispano-Suiza became. They even built aircraft engines and aircraft during the war. This 15/20HP model was new for 1909 and they attached the four-cylinder engine from that model to a commercial chassis in the mid-1910s for vehicles like this. It seats 10 and there is a bench on the roof. I love it!

This thing was restored long ago – the paint is 20 years old. The current owner has had it since 2007 and the catalog states that it will need further work to be roadworthy. Good luck finding another one like it anywhere. It should bring between $230,000-$300,000. Click here for more info and here for more from this sale.