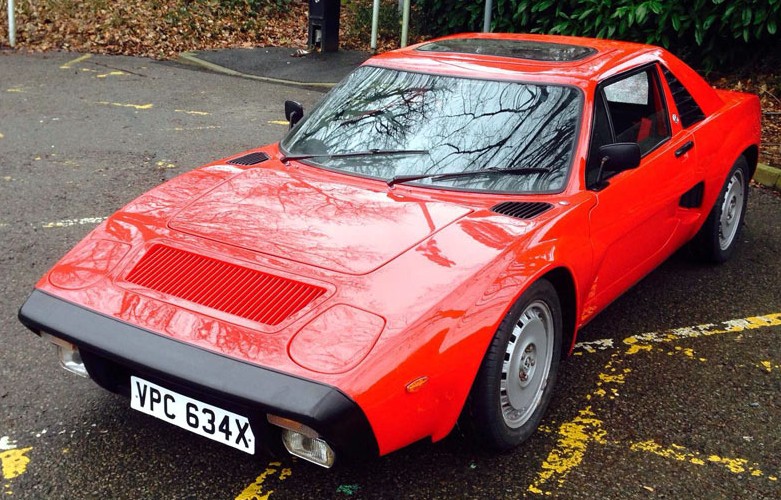 The AC 300ME was a mid-engined (hence the “ME” in the name) sports car unveiled by AC Cars in 1973. The British automobile industry was failing right and left during the 1970s and production didn’t actually begin until 1979. They wanted to build 250 a year.

The car used a 3.0-liter Ford Essex V-6 making 138 horsepower. In 1984, AC Cars was in financial ruin and they were re-organized as AC (Scotland) Plc. This company could only survive financially for about a year before it went under as well.

The car you see here is one of 71 cars built by AC Cars (the Scottish company built 30 for a total of about 101 cars – far short of the 250 per year they predicted). This car was actually used as a factory demonstrator and was later reworked to house an Alfa Romeo 2.5-liter (and finally) the 3.0-liter engine it has now. This is likely the only 3000ME with a 3.0-liter Alfa engine.

These cars are very rare but this is one of the nicest examples in existence as it was factory owned at birth and has had only two owners since they sold it. It was one of AC’s final “original” cars before they started recycling the Cobra. It should sell for between $20,000-$25,000. Click here for more info and here for more from H&H’s sale.