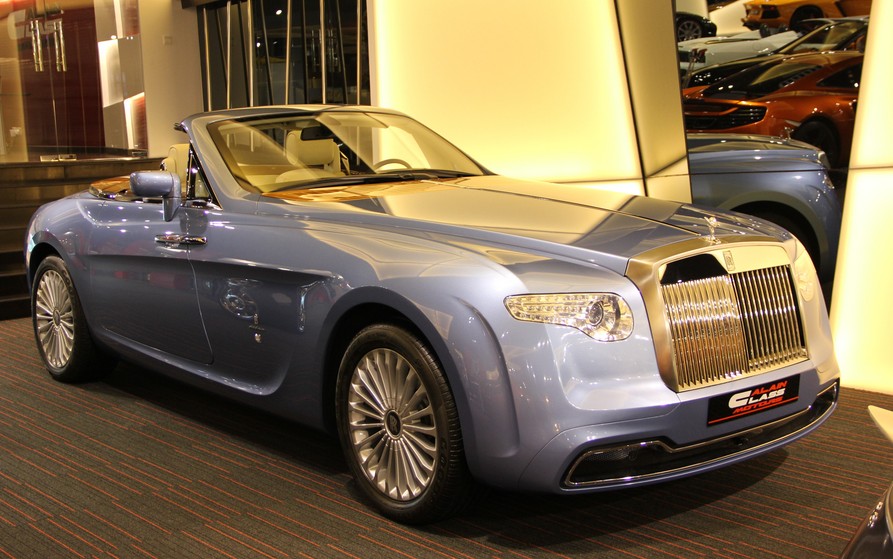 The Rolls-Royce Hyperion was a one-off car designed and built by Pininfarina based around a contemporary Rolls-Royce Phantom Drophead Coupe. It was built for and at the request of Rolls-Royce collector Roland Hall.

The car debuted at the 2008 Pebble Beach Concours and Hall decided to sell it the following year. He asked 4.5 million euros. A few years later, this car surfaced in Dubai at the dealer you see here. The asking price had dropped to about 3 million euros. The price today is undisclosed, but probably less than it was a year and a half ago.

The mechanicals are all Rolls-Royce. The engine is a 6.75-liter V-12 making 460 horsepower. There are no rear seats (they were removed). The body is a custom carbon fiber job and it actually looks pretty cool – especially from the back. You can buy it or see more pictures here.