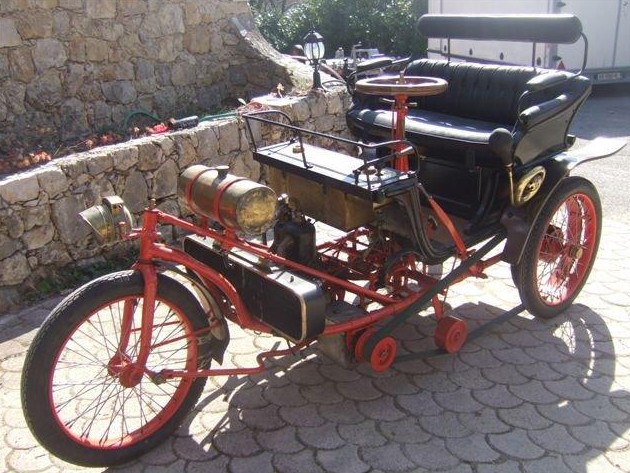 This is one of those early motorized vehicles where not much is known about it because only a handful were built in a shop somewhere. Well we know where the shop was: Agen, France. We know who built them: the Ache Brothers. Well sort of. The company could have also been called something else.

The engine is a 669cc single-cylinder De Dion – and at least one other example of these is powered by an Aster engine. As you can see, the layout of this three-wheeler is bizarre compared to modern vehicles. Similar trikes were constructed by companies like La Nef.