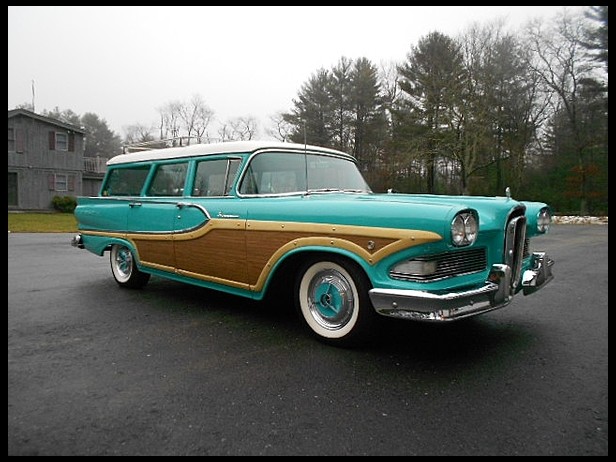 I love Edsels. I also love station wagons. Guess what I think of this car. That’s right – I love it. One great thing is the color combination. Woodies (even though this is fake wood on the side) look great when accented with certain colors – maroon, black, and teal being the chief among them.

Being a one-model-year-only car, only 2,235 Bermudas were built – and only 1,456 were the six-passenger version. Considering its production numbers, this wagon is probably more affordable than you’d think. You can read more here and check out the rest of Mecum’s Houston lineup here.