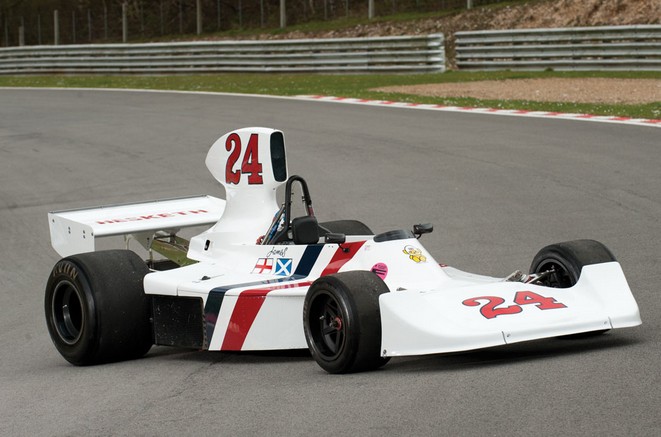 The recent film Rush really put the spotlight back on James Hunt – one of F1s legendary personalities. It also shined a light on the Hesketh team – the coolest team in F1 history. The Hesketh 308 was the team’s first car designed in-house. And this is the first (of three) examples built.

If you were to believe the movie, this car was designed in a barn by Harvey Postlewaite (it was actually desienged by Postlewaite, location unconfirmed). The engine is a 3.0-liter Ford-Cosworth V-8 making 485 horsepower. This car was quick from the outset – shocking Hesketh’s rivals. This car was entered in two non-F1 races before the team moved to another car. It was driven in period by James Hunt and Alan Jones. This is an incredible opportunity to acquire a race car from one of the most storied F1 teams in history. It should sell for between $480,000-$890,000. Yes, that’s a big range. Click here for more info.