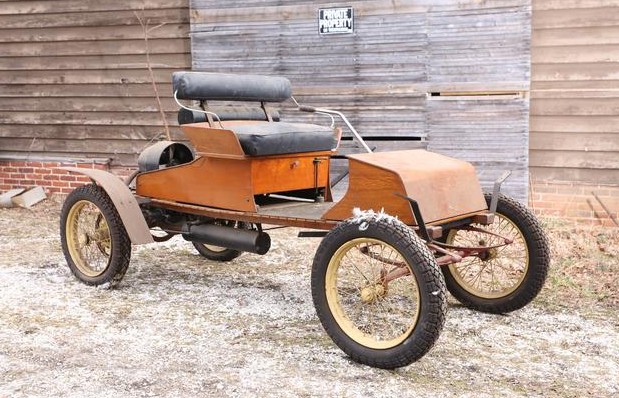 The Waltham Manufacturing Company of Waltham, Massachusetts, was founded by Charles Metz (who would later build the Metz automobile). They began by selling the Orient bicycle before turning to automobiles in 1905.

Four different models were offered for 1905, with that shrinking to three for 1906. The Orient Buckboard was the entry-level car and was marketed as “The Cheapest Automobile in the World.” It is powered by a rear-mounted single-cylinder engine making only four horsepower. It has tiller steering and can do 35 mph. This is about as basic as cars came, even for 1906.

Waltham’s last year was 1908 (until some weirdness involving the return of Metz in 1922 when he tried to revive the brand which ultimately failed). The Orient Buckboard – as well as the rest of their models, are exceedingly rare. This car is thought to contain mostly original parts and is super-interesting, if you’re into this kind of thing. It should sell for between $12,000-$18,000. Click here for more info and here for more from this sale.