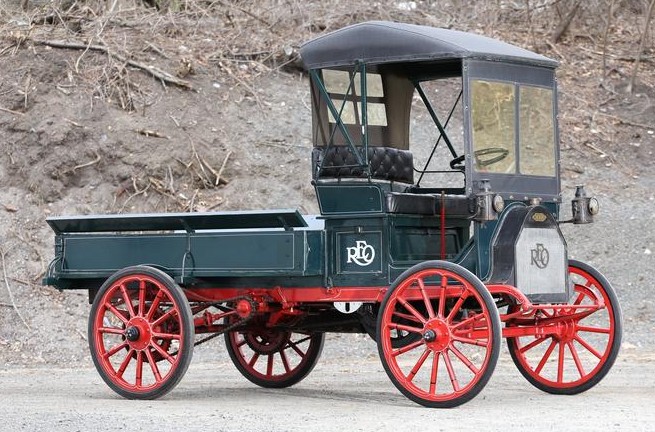 Reo (or REO, depending on who you ask. Both are correct) was Ransom Eli Olds second automobile company after, you know, Oldsmobile. Reo was founded in 1905 and car production start with light cars that gave way to some pretty snazzy stuff along the lines of Oldsmobile. In 1910 the company added a line of trucks. This truck business would keep the Reo name (on trucks) on the road through 1975.

The 1908 Reo Single-Cylinder ‘Model B’ was a successful road car and became the basis for the company’s early trucks – including this one. The engine makes eight horsepower and has a two-speed transmission. It is believed that this truck – like many like it – was built for the railroads to move luggage and cargo around a station platform.

This truck is listed as a “survivor” although it looks amazing. A lot of work has been done to it – although it’s never been restored. It’s a great driver and easy to use. It would be a lot of fun for between $25,000-$35,000. Click here for more info and here for more from Bonhams in Connecticut.