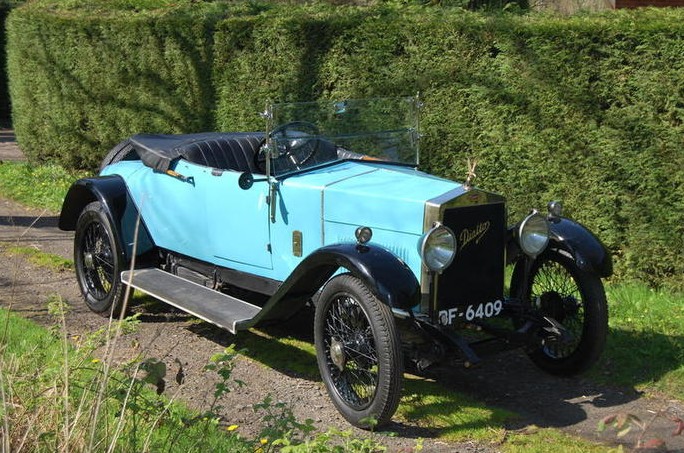 Diatto began life in the first half of the 1800s building carriages. In the 1870s, they entered the railway carriage business and by 1905, automobiles had come to market. The car business started as Diatto-Clement, building Clement-Bayard cars under license in Turin. It wasn’t until 1909 that their own designs went on sale.

After World War I, Diatto turned upmarket and began selling very nice, innovative cars. The new-for-’22 Tipo 20 was the most-popular car they built. It uses a 2.0-liter straight-four making 40 horsepower. The model names were shaken up when a short-wheelbase Tipo 20S was introduced, meaning the original wheelbase version was renamed the Tipo 20A.

1927 was the final year Diatto actually built cars. This one was sold new to Australia and was bodied locally Coffey Brothers. It returned to Europe in 2013 when a collector in the U.K. brought it back and had it readied for road use. It should be in good road-going condition and should cost the new owner between $59,000-$67,000. Click here for more info and here for more from Bonhams.