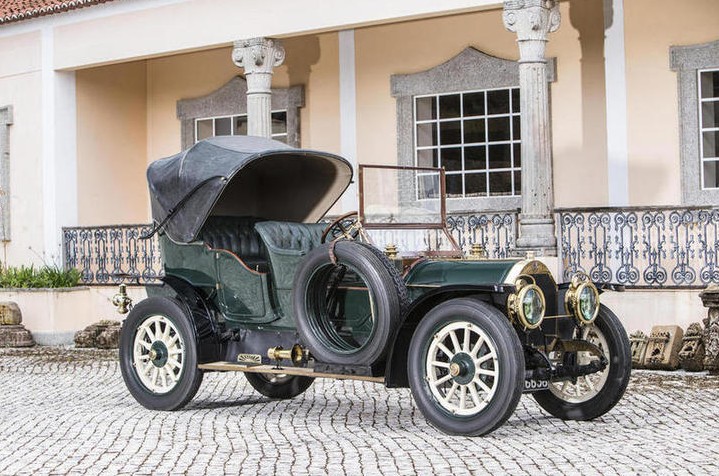 Benz built cars as a separate marque up until it merged with Daimler in 1926, but it seems like you so rarely see them. This 1911 45/60HP is a marvelous example. And so is that giant castle of a house in the background.

This car was imported as a bare chassis into New York City from Germany in 1911. In those days, a Benz chassis could cost an insane $8,500. So this was among the highest of luxuries in its day. It uses a 6.75-liter straight-four that makes 45/60 horsepower. The body is by Joseph Edward Demar, a coachbuilder in New York who operated for only four short years.

The car was discovered in Philadelphia around 1980. The restoration was completed in 1984 in the U.K. and the current collection acquired the car in 1994. It has spent some time in a Portuguese museum and has its original engine, body and chassis – rare for a car so old with such little history known. But it really is spectacular – and the price reflects it: there is an estimate of $1,200,000-$2,000,000. Click here for more info and here for the rest of Bonhams’ Mercedes-Benz lineup.