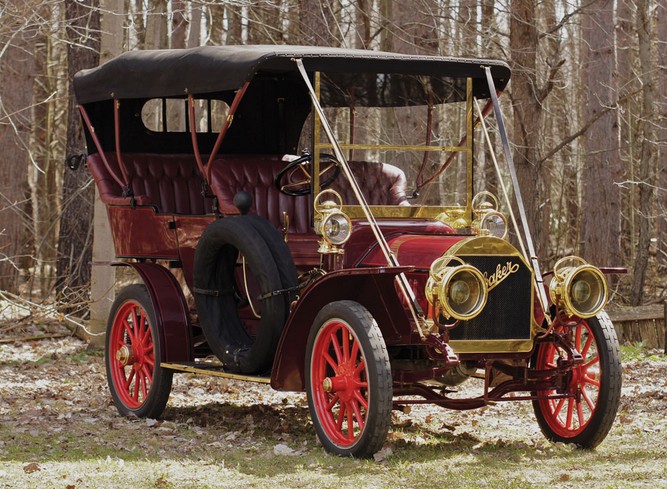 Studebaker was the quintessential American automobile manufacturer. Like many of the great, early European marques, Studebaker had a long history dating back to the 1850s. They started by building wagons. Cars came in 1897. The early cars (until about 1911) were actually sold as Studebaker-Garfords.

The Model G was new for 1906 and it was the highest-priced, most decked out model in the Studebaker lineup. The engine is a 4.6-liter straight-four making 30/35 horsepower. It could cruise at 45 mph and was only offered in this five-passenger touring configuration.

This car has somewhat known history since new. It was discovered by Henry Austin Clark Jr. in the 1940s and put in his museum until 1968 when it was sold to – guess who – Bill Harrah. It remained in his collection until 1982. It is said that this is the oldest known four-cylinder Studebaker in existence. And its ownership history doesn’t get much better. Add your name to that list for between $325,000-$450,000. Click here for more info and here for more from this sale.