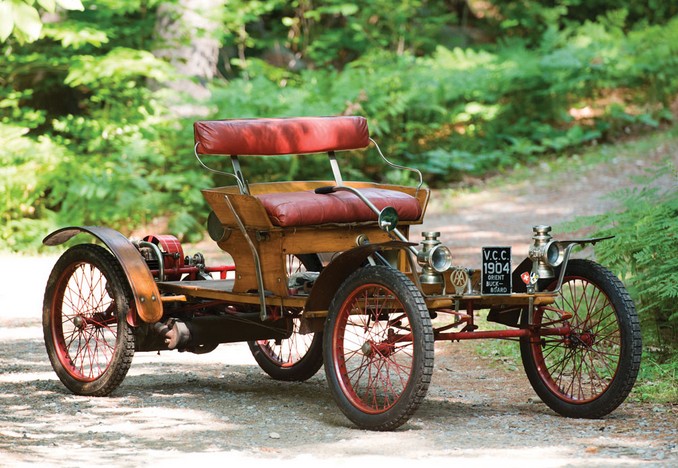 Buckboards were a style of automobiles that had a very limited market and a limited run of practicality (if ever), as well as success, and safety. This example was built by the Waltham Manufacturing Company in Waltham, Massachusetts. They also sold cars under the Waltham and Waltham-Orient brands.

The buckboard style was essentially a piece of wood with a seat on top of it and rudimentary controls and engine. At least in the case of this car, the engine powers the rear wheels (four horsepower, 578cc single-cylinder). The engine here is a single-cylinder making four horsepower. There is no suspension (other than your spine). See any brakes? Me neither (they’re there: just in the back only). They cost $425 when new – the cheapest car you could buy – and it could do 30 mph. There are four-year-olds with go karts that can outperform this car. And they’re probably safer.

It’s a super-interesting car and a number of companies sort of copied the design years later with mixed success. But this is the original. It would be fun in limited use. Go ahead and buy it! It’ll run you between $40,000-$60,000. You can find out more here and see more from this sale here.