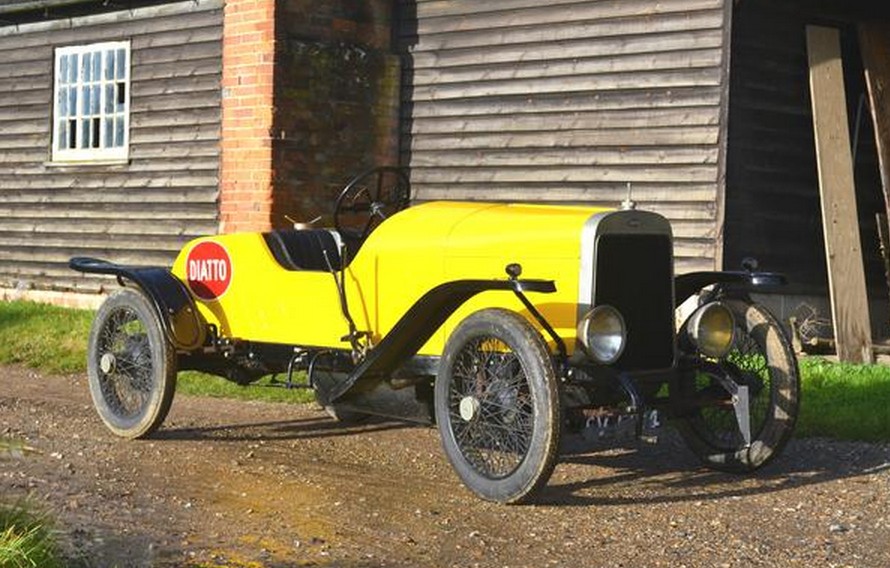 Guglielmo Diatto was a carriage maker in Turin, founding his company in 1835. He served a range of wealthy clientele. It was Guglielmo’s grandsons who saw what the automobile offered their business and they began building Clement-Bayards under license in 1905. By 1909 they were designing their own cars.

Europe saw a massive disruption of automobile production between 1914 and 1919 due to the Great War, but for some companies, production was able to resume quickly upon war’s end in 1919. Diatto was among these swift companies and they introduced the Tipo 4DA that year. It uses a 2.7-liter straight-four making 25 horsepower.

This particular car was delivered new to Australia and bodied locally. By 1940, the car had been disassembled and boxed up. It wasn’t  until 1990 that it was sent to England and put back together and restored. It’s a nice, sporty car from the teens that is great for hillclimbs. It should sell for between $39,000-$47,000. Click here for more info and here for more from this sale.