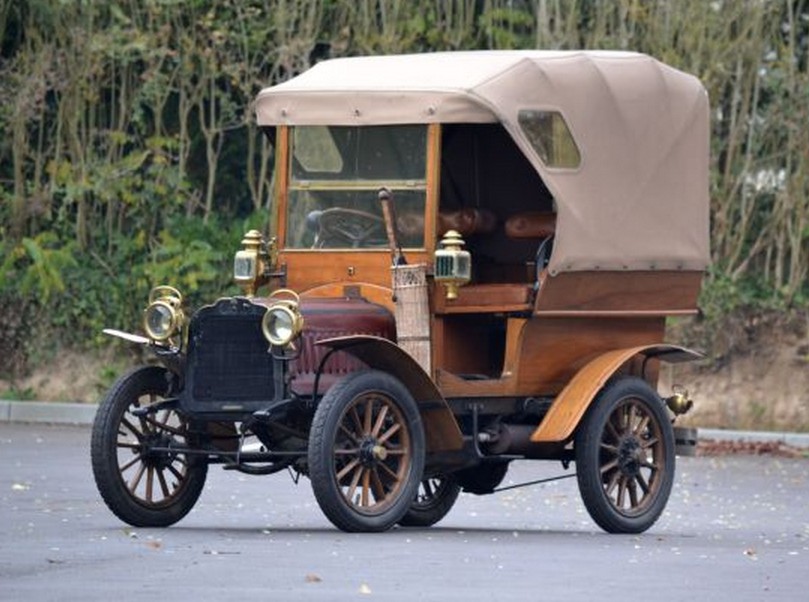 If we close our eyes and are asked to picture certain types of cars, we all will likely picture similar things when told “coupe” or “pickup truck” or “convertible.” But there was a time in the early days of the automobile when there weren’t standard designs when it came to size and shape. As far as convertibles go, Gustave Fouillaron obviously had something different in mind when his Type G Tonneau was built in 1904.

Fouillaron was founded in 1899 and built cars through 1914. This Type G resembles more of a Conestoga wagon than it does any modern convertible. The way the top comes up is downright fascinating. At first glance, I thought it was a commercial vehicle. The Type G with the conventional rear axle was new for 1904. It uses a six horsepower De Dion single-cylinder engine.

This example was discovered in the 1960s. The catalog description does not mention a restoration in this car’s past and instead says it has been “kept in working order.” It has been in the family of the current owner since 1988 and is London-to-Brighton eligible. It will likely sell for between $83,000-$105,000. Click here for more info and here for more from Artcurial.