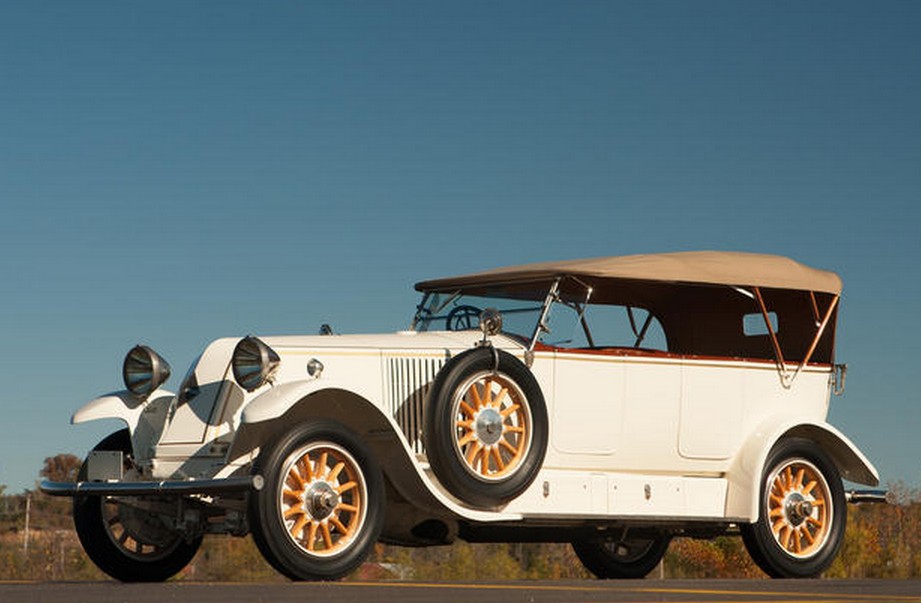 Renault began by producing small, De Dion-powered automobiles and even today they’re known primarily for their smaller cars. But for a brief period of time, they built some big fanciful cars, like this the 40CV.

In fact, not only was this Renault’s big car, it was the biggest car on the market at the time (until Bugatti topped them all with the Royale). This car is powered by an absolutely massive 9.1-liter straight-six that makes about 120 horsepower. These were seriously grand cars, rivaling the best from Rolls-Royce and Panhard and other European marques. As proof, between 1920 and 1928, the 40CV was the official car for the French President.

All were custom built to suit. This one carries its original coachwork, although the coachbuilder has never been identified. It was owned by the Nethercutt Collection between 1984 and 2010 and the restoration is over 20 years old.

Although introduced originally in 1911, the 40CV underwent changes over the years and the final “HF” version featuring the 9.1-liter engine was new for 1920. Between 1924 and the end of production in 1928, only 608 were built. Only six are known to survive and only a few of those are in private hands. This is your chance to be one of very few. It should bring between $410,000-$520,000. Click here for more info and here for more from this sale.