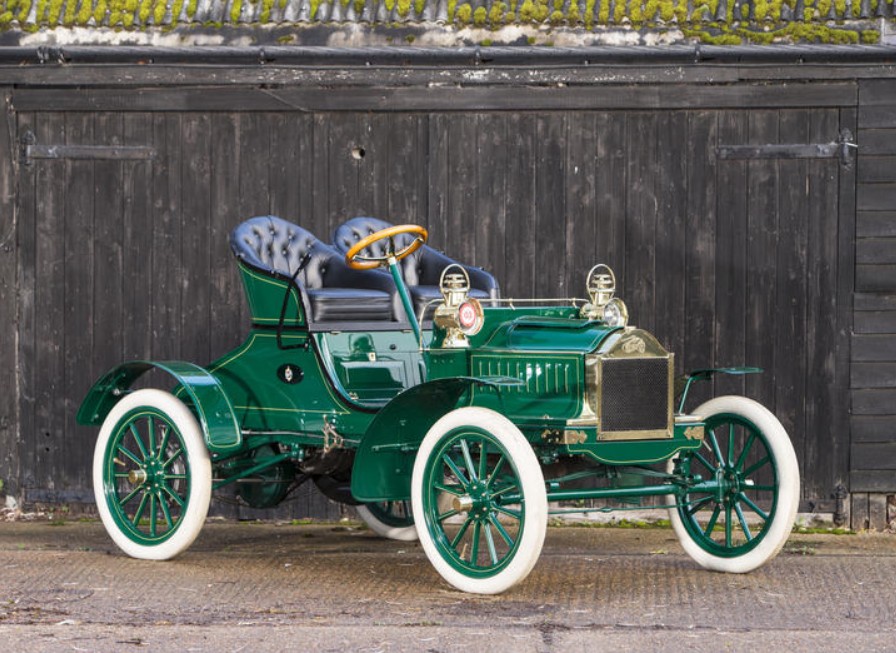 This attractive Oldsmobile is a little different than the cars the company was famous for in its early years. The Curved Dash was Olds’ signature look in this era, but this Model N has what they called a “French Front” – a more traditional look styled after the cars coming out of France.

Available only in 1904 and 1905, the Touring Runabout was powered by a seven horsepower, single-cylinder engine of 1.9-liters. It was more upscale than the Curved Dash, featuring an Oldsmobile first: a steering wheel! It cost $100 more, too, at $750. It was available in either this green or a dark red.

Oldsmobile built 2,500 cars in 1904 between the Touring Runabout and a related model, the Light Tonneau. So rarity is guaranteed. This car was restored in the 1950s or 1960s by General Motors and remained in their Heritage Collection until 2011, so it has been well cared for. It’s a good-looking, early Oldsmobile. It should sell for between $65,000-$85,000. Click here for more info and here for more from Bonhams.