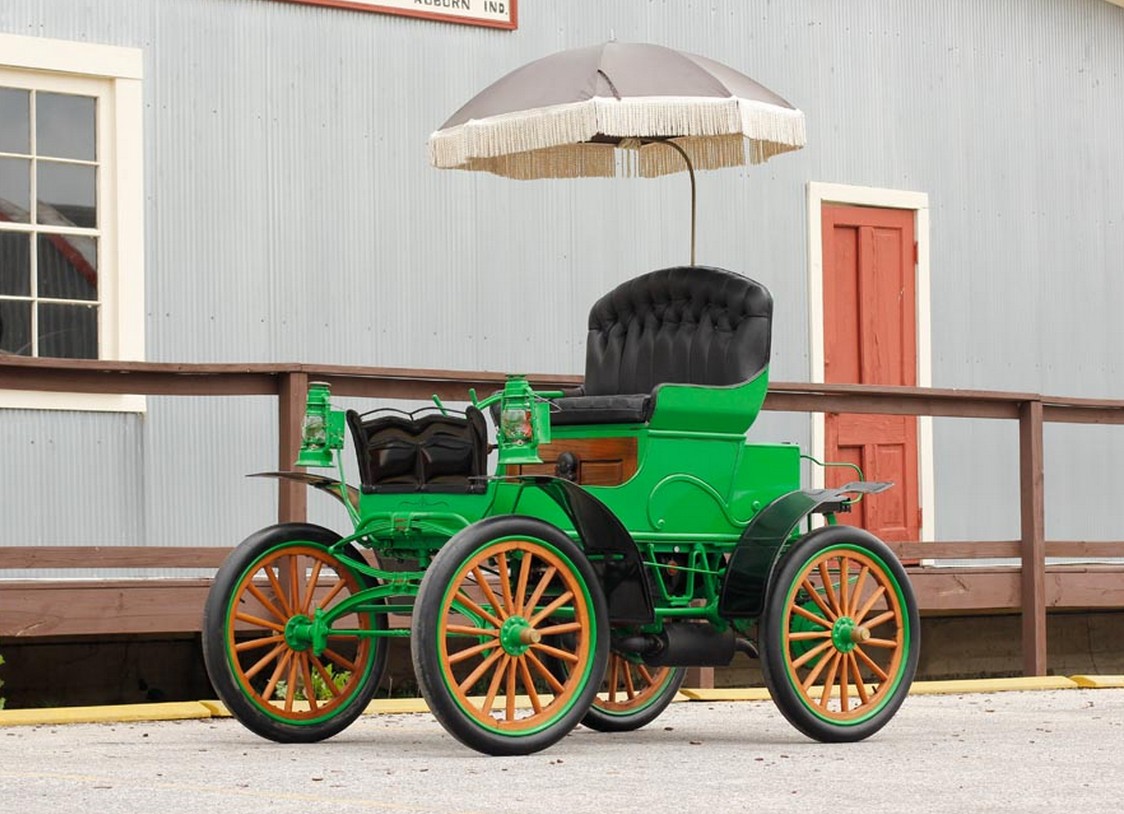 The Jewell was a product of the Forest City Motor Car Company of Cleveland, Ohio. After the first year of production (1906, which didn’t go so well), the company moved to Massillon, Ohio, and renamed themselves “Jewel.”

This light runabout is either a Model B or Model C (it is listed in the catalog as “Runabout”). The difference was that the Model C had a top and while this is more of an umbrella, I’m considering it a “top” because I don’t see how a convertible top would be possible on this high-wheeler-esque design. I will, however, admit to liking the Oklahoma!-like parasol.

The engine is a single-cylinder making eight horsepower. It is one of three known with tiller steering (of Jewell or Jewel) of about 1,000 total cars produced by the company over their short lifespan (Jewel disappeared after 1909). And it sports a very nice restoration. Click here for more info and here for more from this sale.