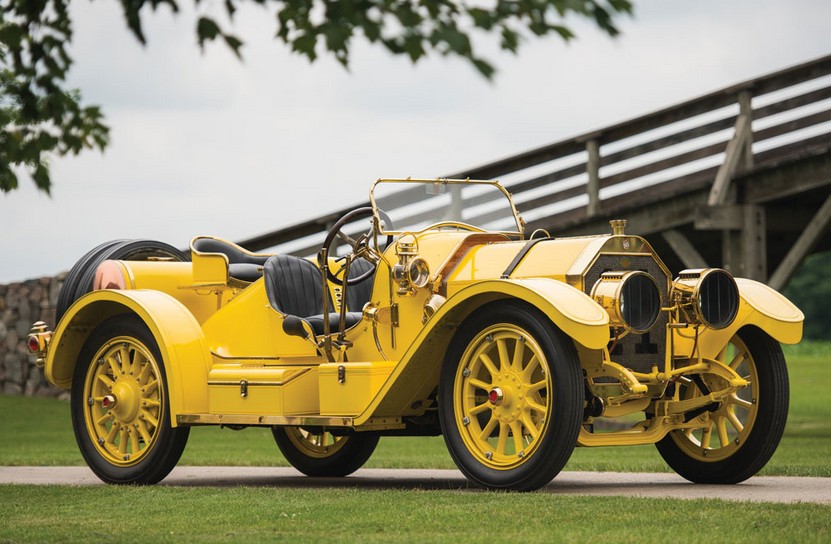 The Oldsmobile Autocrat was Oldsmobile’s mid-range model for 1911. At the bottom was the Special, but significantly upward was the Autocrat, which was second only to the legendary Oldsmobile Limited.

This Autocrat was originally fitted with four-door Tourabout body work but its original (and long time) owner, John Henry Greenway Albert, fitted his own custom boattail aluminium body – which is what you see here. Albert owned the car from 1911 until 1968. He drove the car – a lot, racing it on the East Coast and driving it back home out west – even years after more sophisticated cars had come onto the market.

It is powered by a monstrous 40 horsepower 8.2-liter straight-four. The Autocrat was only built in 1911 and 1912. This example is an absolute driver, having been driven thousands of miles on tours and vintage races in the hands of its more recent owners. It’s been driven so much that it’s been restored three times. And it’s a looker too – kind of resembling something that, while a little more road-friendly, you may have seen at Indy in the early days. Click here for more info and here for more from RM.