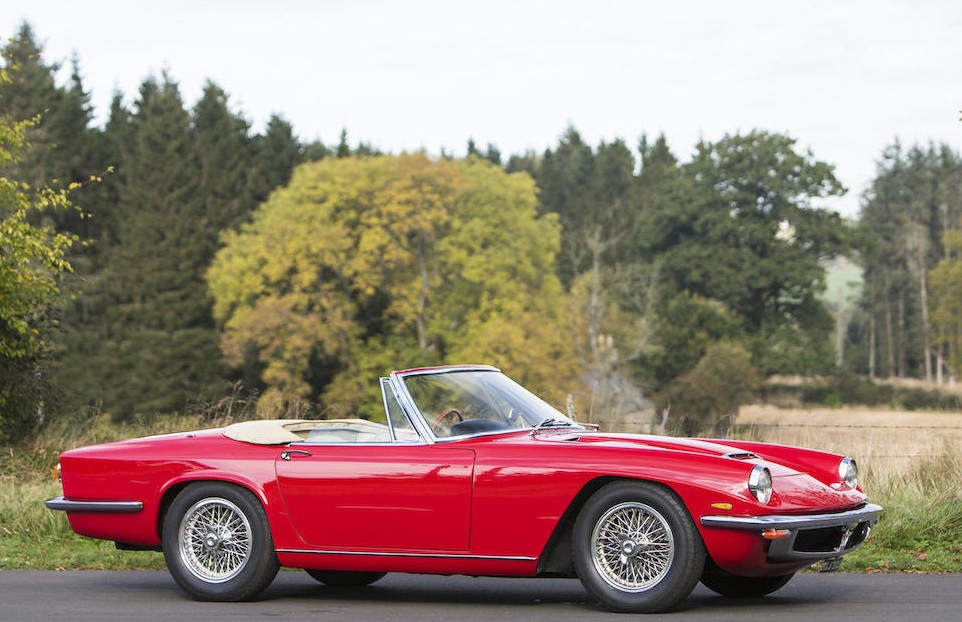 The Mistral was a grand tourer built by Maserati between 1963 and 1970. It was Maserati’s true two-seater for the period. The convertible Spyder model was introduced in 1964 (and also lasted through 1970).

Three different engines were offered in this car. This car has the smallest, a 3.5-liter straight-six making 235 horsepower (only 20 less than the largest, 4.0-liter engine). This car is thought to be one of the cars shown at the 1966 Turin Motor Show.

The restoration on this car dates back to the mid-1990s with significant work having been completed in 2012. It has covered 88,000 miles in its life. This car has a removable hardtop and is one of 125 Spyders built. Only 12 Spyders were fitted with the 3.5-liter engine and only 20 Spyders were right hand drive, like this car. It should sell for between $610,000-$760,000. Click here for more info and here for more from this sale.

Update: Sold for an undisclosed amount.