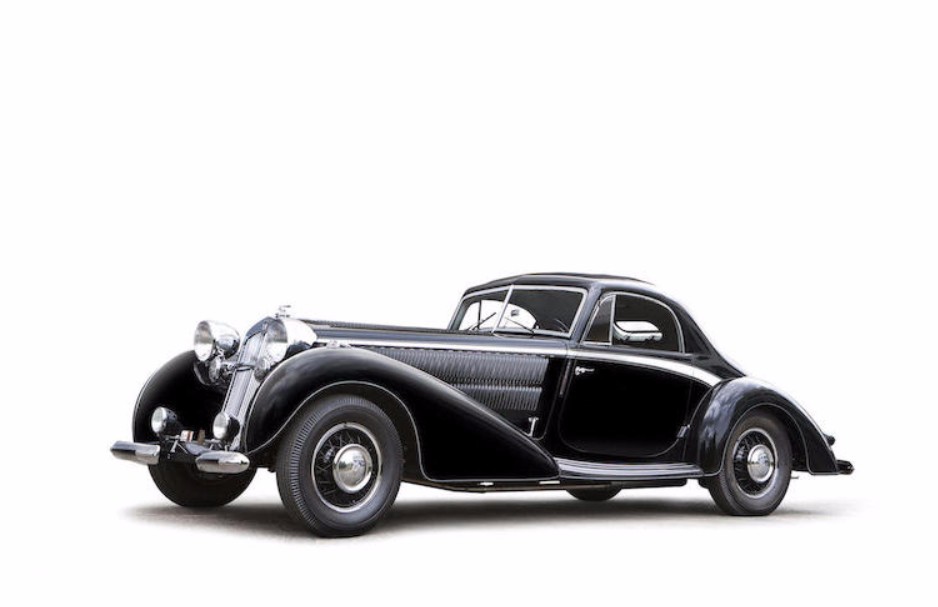 The 853 is the grandest car that August Horch’s company ever produced. It was also one of the last models that the original, pre-war, Horch marque produced – even though they had already become a part of Auto Union five years prior to this car’s introduction in 1937.

The 853 is powered by a 4.9-liter straight-eight making 100 horsepower. They weren’t the most powerful or fastest cars of their day, but with the right coachwork, they could compete, beauty-wise, with the likes of the Mercedes-Benz 500/540K. This car sports a very fancy streamlined coupe body – a style that is not seen often.

But that’s partly because Horch cars aren’t seen that often to begin with. This car spent its post-war life in Belarus and the Ukraine until 2005 when it was restored in Germany. It is likely to be one of those rare European cars that makes waves at Pebble Beach sometime in the future and everyone will wonder where it came from and where it has been hiding all these years. Well here’s your chance to grab it – for a cost between $670,000-$1,000,000. Click here for more info and here for more from this sale.