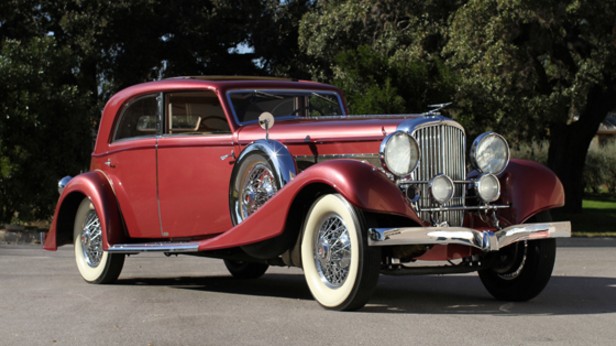 It’s first owner, a famous socialite, bought the car in 1934 and it remained in Europe until coming to California in 1971 having had two owners since 1988. Only two Model Js were originally fitted with a sunroof and this one should bring between $750,000-$950,000. Click here for more info and here for more from this sale.