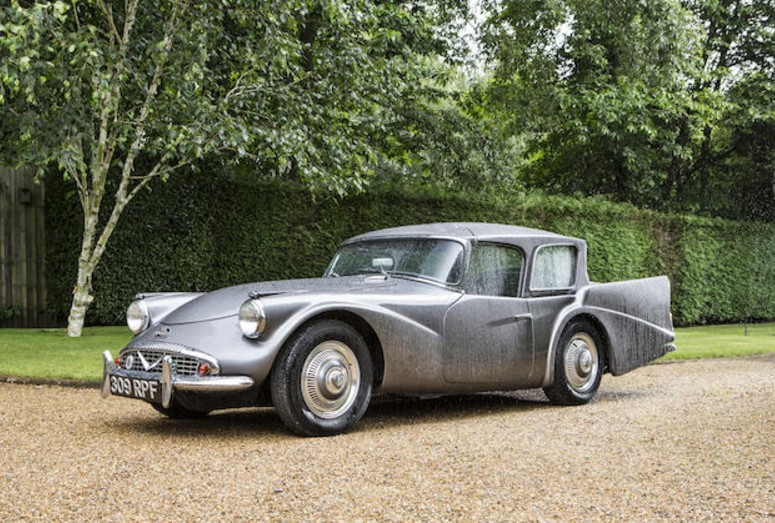 The Daimler SP250 “Dart” was a sports car built by the British Daimler company between 1959 and 1964. It was a weird thing for Daimler to build, as they specialized in big sedans and limousines. Obviously, as this is a 1960, it is not one of the original SP250 prototypes. Instead, it is a one-off prototype car built by the Antony H Croucher Precision & Prototype Engineering Company to showcase their novel retractable hardtop system.

The car was also slightly enlarged – it features four seats and a larger trunk. The work was completed in 1963 and the car is still powered by the SP250’s 2.5-liter V-8 that puts out 140 horsepower. A hardtop was an available option on the SP250, but this car’s can disappear into the trunk. Amazingly, the hardtop can be raised or lowered while driving.

The car has recently been freshened and is operable – roof included. Originally orange, it was repainted this silver that looks great when wet. Only 2,654 Darts were produced in total and this is the only one with a retractable hardtop. It has been owned by the same family since it was built and should bring between $65,000-$92,000. Click here for more info and here for more from this sale.