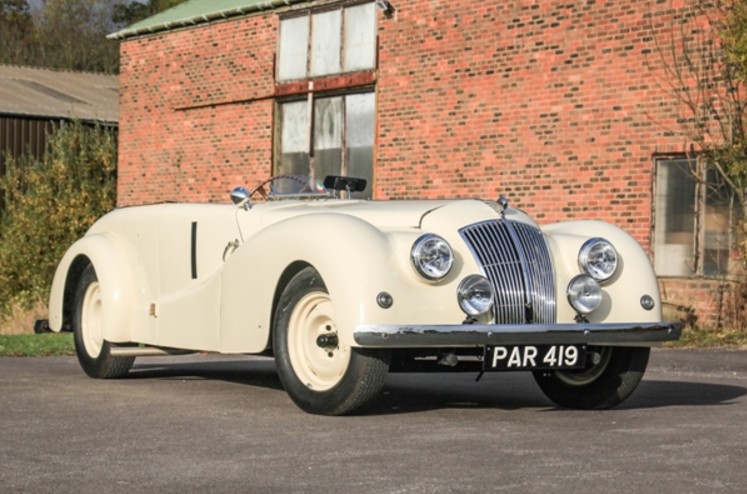 Auto Carriers Ltd., later known as AC Cars, started building vehicles in 1901. They’re still around, though they are mostly building Cobra replicas and random attempts at sports cars. The 1950s were their sweet years, introducing or selling five different models during the decade.

The first of these was the 2-Litre, a car AC introduced in 1947. It was available as a two-or-four-door sedan and they also built a few Drophead Coupes. And then there was this, the Buckland tourer. The 2-Litre had the highest production total of any four-wheeled AC vehicle by the time it was out of production in 1956.

They are powered by a 74 horsepower, 2.0-liter straight-six. Only 60 Buckland tourers were built and this car has period racing history. It raced at Silverstone, Brands Hatch, and was the first AC car to race at Goodwood. It’s been completely restored and retains its original chassis and body. This particular Buckland was a no-sale at Historics’ most recent sale, so we’ll see if they can find it a new home this time around with an estimate of $47,000-$55,000. Click here for more info and here for more from this sale.