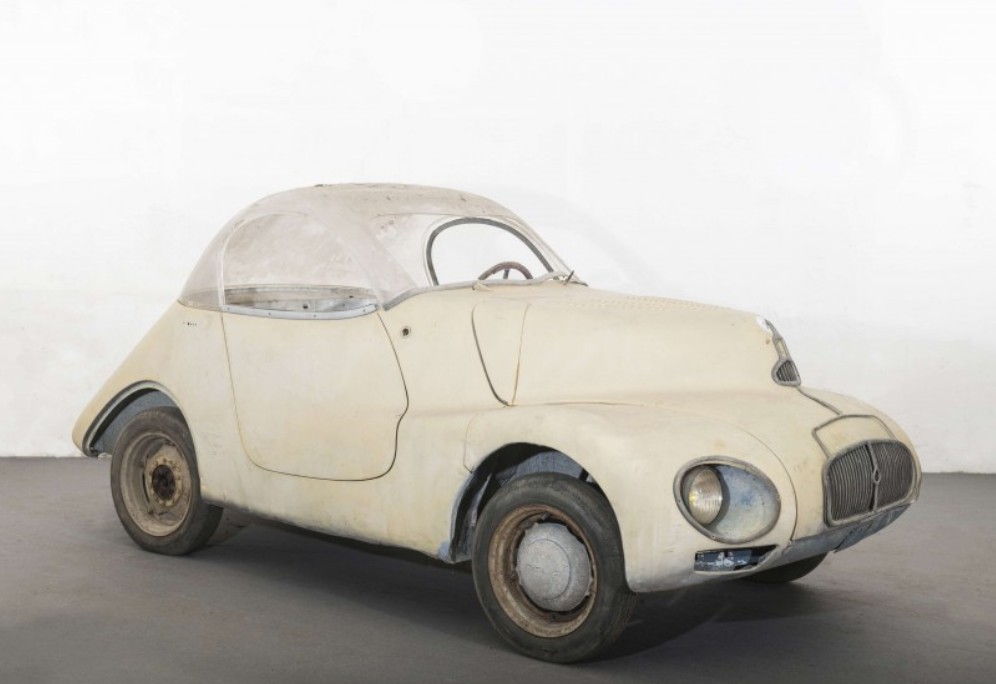 There were a lot of car companies that popped up after World War Two showing prototypes at auto shows and then promptly disappearing. Dolo was one such marque. Usually these cars exist only in grainy scans of old sales literature developed when the company’s founders thought they had a chance to make it big.

The JB10 was shown by Brun, Dolo & Galtier at the 1947 Paris Auto Salon. It was a front-wheel drive car powered by a 592cc flat engine making 23 horsepower. I don’t believe the engine is still with this car, however. The roof was a Plexiglas dome, which is kind of weird. The company went around taking orders (and payments) but never honored them. The company did build a second car but its whereabouts are unknown.

This car was discovered in storage at the Montlhéry circuit and entered the collection it is being offered from in 1967. It’s all-original and was originally blue. As a one-off it should bring between $7,500-$15,000. Click here for more info. 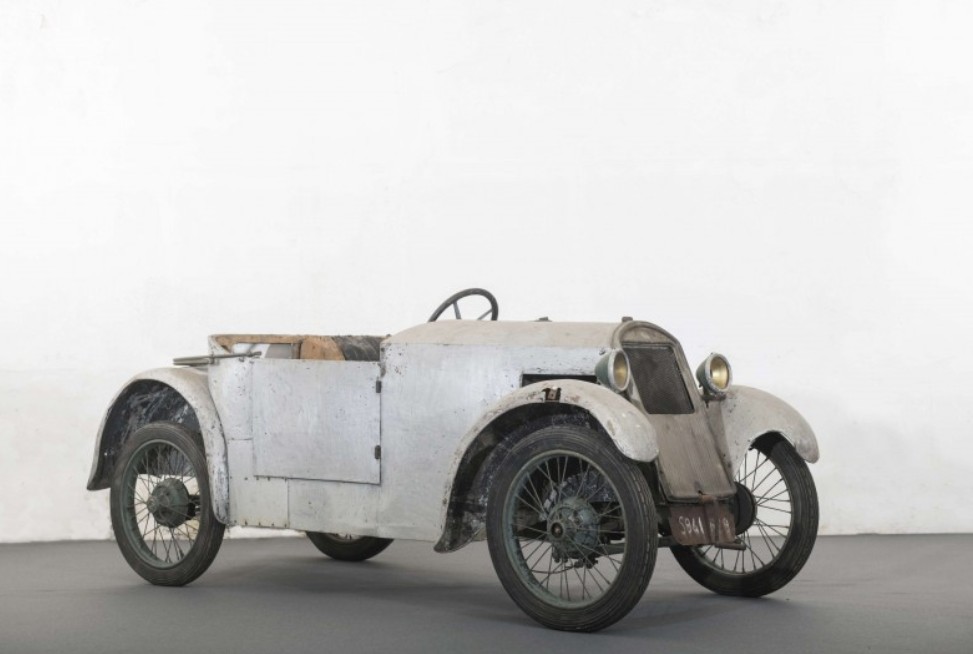 Jean-Marie-Jules Salomon co-founded Le Zebre early in his career. He later worked for Citroen and then Peugeot. From 1928 through 1939 he worked at Rosengart. While at Rosengart (which did pretty well building light cars themselves), Salomon designed and built his own cyclecar prototype.

This light, two-seat roadster features a tubular axle and front brakes. The body is aluminium, which wasn’t all that common in 1931. It’s powered by a two-stroke single-cylinder engine. It’s in pretty original condition and would require a full restoration (it’s missing things like gauges, the entire floor, you know… some basics). But still, it’s a unique car from the 1930s and it can be yours for between $12,000-$18,000. Click here for more info. 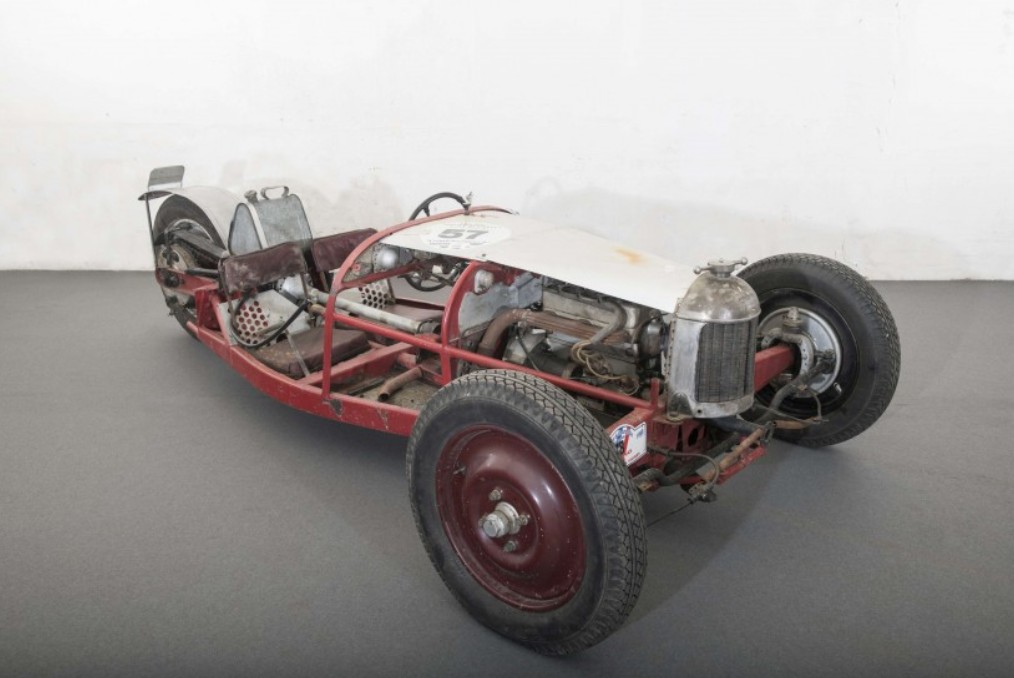 Here’s yet another one-off prototype car from this same collection. Not much is known about this history of this car, other than it seems to be assembled and custom made. The radiator is from a Darmont. The engine is a SCAP unit of 1.1-liters.

It was built by an actual engineer, so there was some thought put into it. The wheels have independent suspension, so it sits very low. It’s almost like the grandfather of the Ariel Atom… if an Atom only had three wheels. Customized by the owner to add such creature comforts as a cushion to sit on, this thing is largely original and just might be in running condition. It should cost the next owner between $6,000-$9,500. Click here for more info. 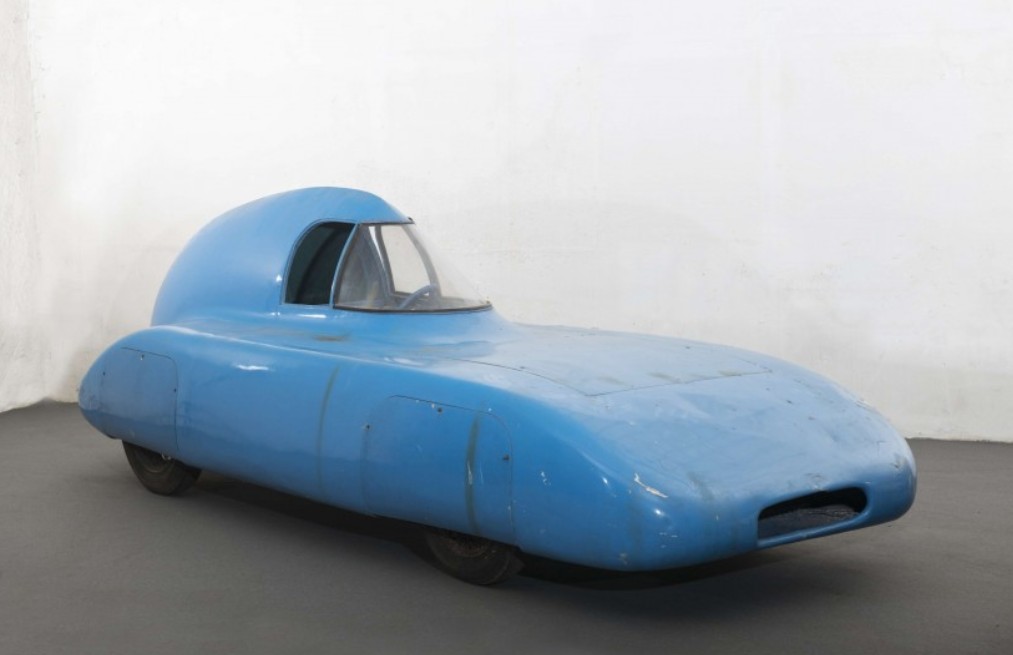 Unfortunately, he was arrested by the Germans during WWII as a part of the Resistance and then his workshop was bombed in 1943. In 1948 he took the chassis from a Formula One car he was working on and built a single-seater enclosed record car. The 500cc engine never made it in, but it now carries a 1.1-liter straight-four instead (which is not completely installed). The car was never run and is being sold in hopes that someone will pick up the cause. It should bring between $6,000-$9,500. Click here for more info and here for more from Artcurial.