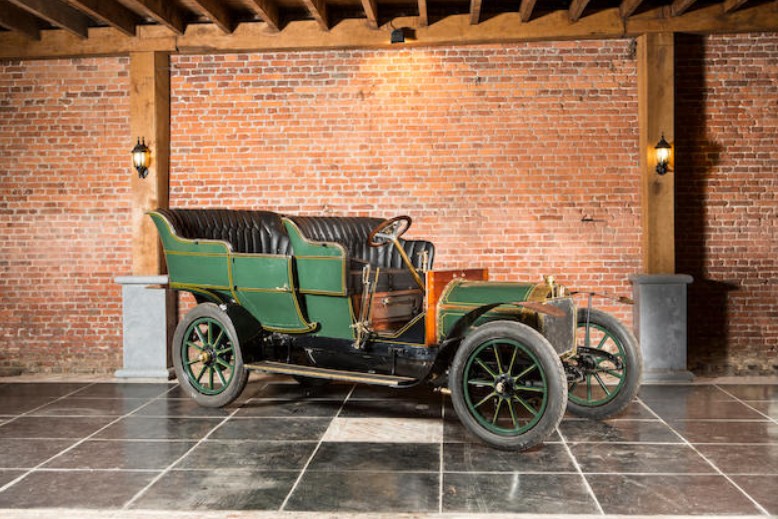 FN – short for Fabrique Nationale – still exists as an arms manufacturer, the industry with which the company began in the 1880s. They branched into bicycle manufacturing (and were a long-running motorcycle manufacturer) before they built their first automobile in 1899.

Full-on production of cars didn’t start until 1906 and those first examples were Rochet-Schneiders built under license. This model, the Model 2000, (which was introduced in 1908), is powered by a 2.0-liter straight-four engine and has a five-seat open-tourer body. Driving this car is a daytime-only experience as this car does not have headlights.

Not much is known about the history of this particular example (including things like, when the last time it was started), but FN cars are pretty nice and they were Belgium’s longest-lived auto manufacturer, existing until 1935. This one should bring between $30,000-$42,000. Click here for more info and here for more from Bonhams.