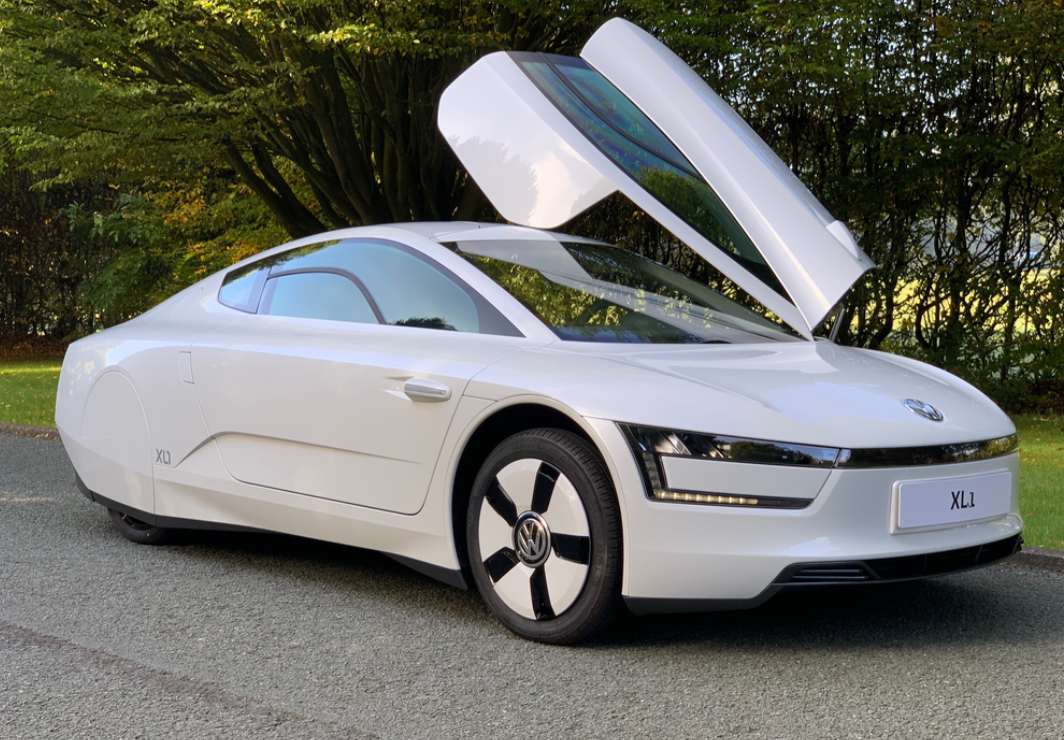 Well, this isn’t a classic car – or some crazy new exotic. It’s a plug-in hybrid, hardly the fodder for enthusiasts’ dreams. But the other thing that it happens to be is an extremely rare, almost sci-fi-like car of the future… and until this cropped up in Silverstone Auctions’ catalog, it was a car I wasn’t sure even really existed.

Why? Because limited-run cars like this don’t usually make it stateside. They aren’t tested by major automotive news outlets in the U.S. Carmakers say they’re building them, and then plans go awry and sometimes they never see the light of day again. You have to scour weird internet blogs to find any sort of information.

Take for instance the history of this car. Volkswagen first showed a 1-liter concept car in 2002. It was roughly the same shape as this car. In 2007, the head of VW said the car would go on sale before 2010. In 2009, they showed another, more advanced concept dubbed the L1. It looked a lot more like this, and VW said it would go on sale in 2013.

Then, in 2011, they debuted the XL1 concept car. In 2012, VW said that this model would go on sale instead, starting in 2013. Guess what happened in 2013? Who knows? Everyone got caught up in the whole diesel scandal in 2015 when these evidently debuted, and they forgot all about it. In all, 200 copies were made. Supposedly.

They are powered by an 800cc turbodiesel twin-cylinder engine coupled with an electric motor for a combined output of 74 horsepower. The drag coefficient is incredible, and the car gets over 310 miles per gallon. Imagine a car like this on a grand scale. This example is still owned by Volkswagen UK and shows 79 miles. It’s an instant collector’s item and should sell for between $125,000-$150,000 (they were pretty expensive when new, too). Click here for more info and here for more from this sale.