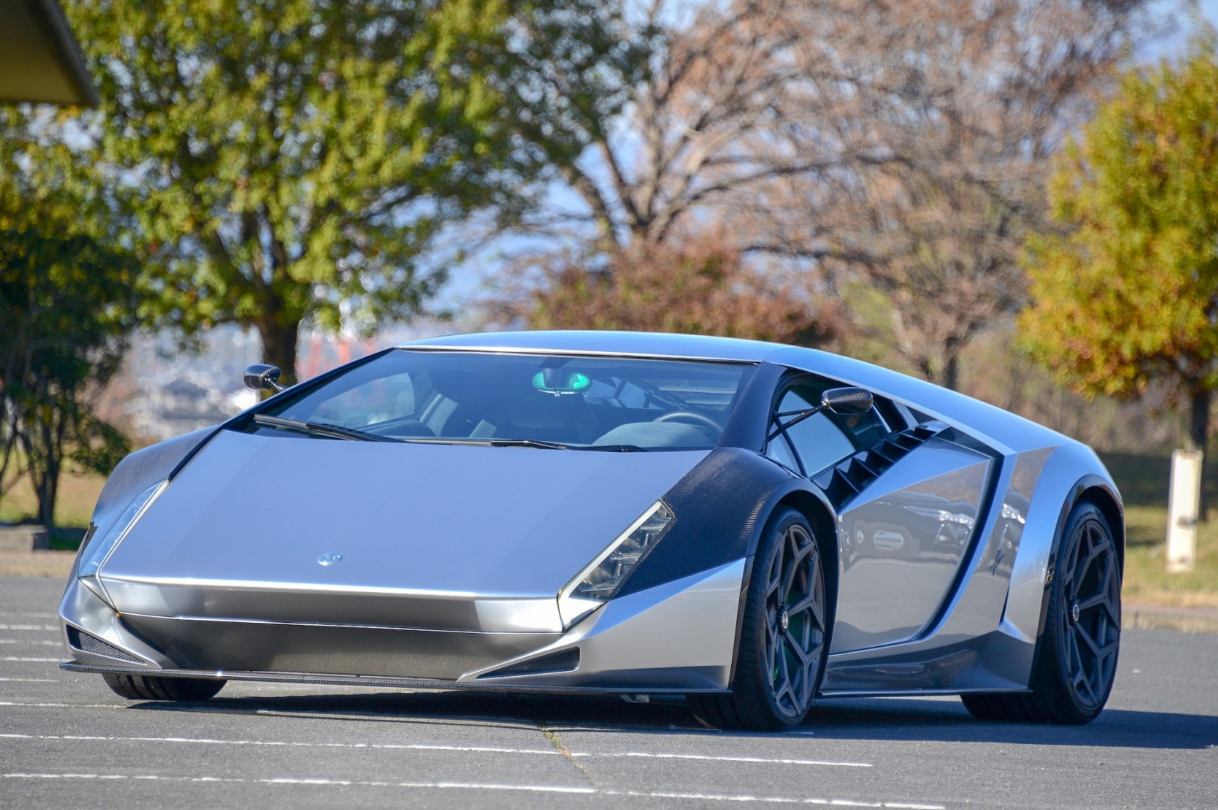 Ken Okuyama is a Japanese industrial designer and heads his own design company. He used to work a Pininfarina and was responsible for cars like the Ferrari Enzo and 599 GTB Fiorano. Under the auspices of his own company, Ken Okuyama Design, he has crafted a handful of over-the-top supercars

This is the Kode 0, a one-off creation that resembles the spawn of a Lamborghini Aventador and Huracan. Power is from a 6.5-liter V12 making 700 horsepower. And while Okuyama won’t admit it, it’s pretty obvious this is based around Lambo bits and pieces. The body is made of carbon fiber, and some of it isn’t painted.