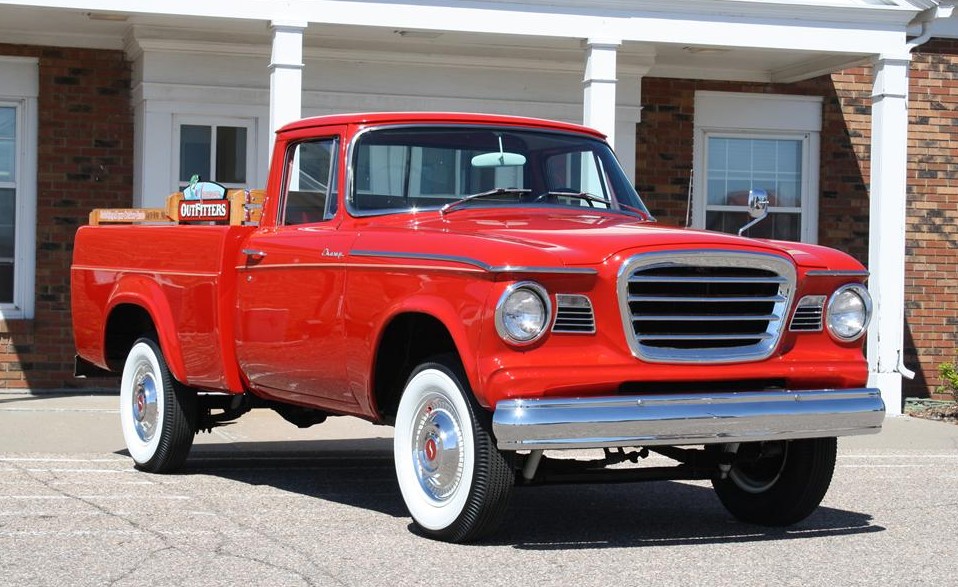 By the mid-1950s, Studebaker’s outlook was dim. Ford and GM were pulling away fast and labor costs and quality issues were dragging Studebaker toward the grave. They merged with Packard (technically, Packard acquired Studebaker) but all that did was kill Packard off.

Cash-strapped but pushing forward, Studebaker invested what it could into redesigning their light truck line (which had gone unchanged for more than 10 years). Working within limits, they took their compact car, the Lark, cut it in half and designed a truck bed behind the passenger compartment and mounted it on a truck chassis. You can tell that’s what happened, because the truck bed doesn’t really flow into the body at all. Regardless, it’s not a bad truck.

A 2.8-liter straight-six was the base engine. It made 90 horsepower. Even though this particular truck is a “Champ Deluxe”, it carries the base engine. It’s described as a “rust-fee Arizona truck” (rust-free and post-war Studebakers being a rare combo) but it has to have been restored. The Champ was the first truck with a sliding rear window – but this novel new idea would not save Studebaker. In December of 1963, their South Bend, Indiana plant was closed and the Champ was no more. Studebaker soldiered on until the end of 1966, but it was all over after that. This is a $15,000-$30,000 truck. Click here for more and here for the rest of the inaugural lineup of Barrett-Jackson’s Reno sale.