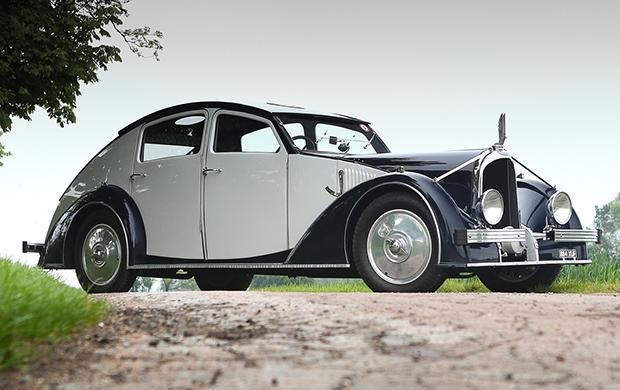 Voisins are some of the most stylish and advanced cars from the coachbuilt era (except that Voisins weren’t coachbuilt – they didn’t need to be). They’re an easy ticket to car show super-stardom, too. Judges (and everyone else in attendance) go crazy over their outlandish features and unconventional design. And rightfully so.

I’m not getting into an argument with myself or anyone else about my decision to refer to this as a “Voisin” and not an “Avions Voisin” as the catalog does. G.M. Georgano refers to it as simply “Voisin” and if you don’t know who that is, then you aren’t in a position to argue against my decision. Anyway, Gabriel Voisin was a French aircraft pioneer who turned to motorcars in 1919.

He valued lightness in his cars and worked with a lot of aluminium and alloys (all that aircraft knowledge came in handy). The cars weren’t supposed to be beautiful – but “rational” – that is, functional and efficient. The lines are angular and supposed to serve a purpose. He wanted to build the world’s most perfect automobile. The engines were also efficient – this car uses a 3.0-liter Knight Sleeve-Valve straight-six making 90 horsepower. And it’s a big car, so speed obviously wasn’t a priority.

The Aérodyne was introduced at the Paris Auto Salon at the end of 1934. The car was marketed at the most well-heeled clients and was fabulously equipped. The interior is wrapped in a crazy Art Deco print design and the fastback roof is full of portholes for sunlight and the whole thing actually slides back like the world’s first giant sunroof. 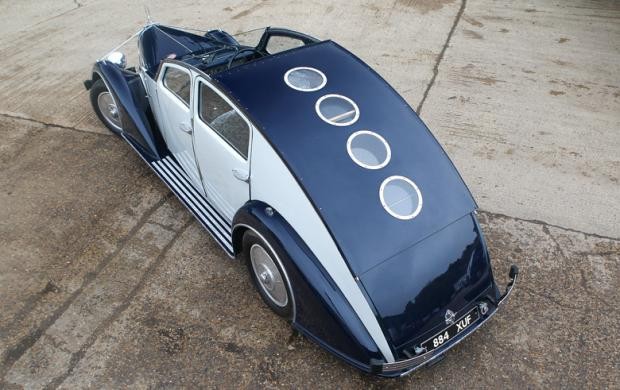 This car was owned by the same man from 1963 until his death in 2008, when the car was sold and restored by its new owner. He, the current owner, only displayed the car once – meaning it is ripe for 2014 Concours season. Only 28 Voisin C25s were built and only eight had Aérodyne coachwork. Only four of those are believe to survive today and you can buy one (and you might as well) as it is expected to bring between $2,000,000-$3,000,000. Click here for more info and here for more from Gooding & Co. in Monterey.