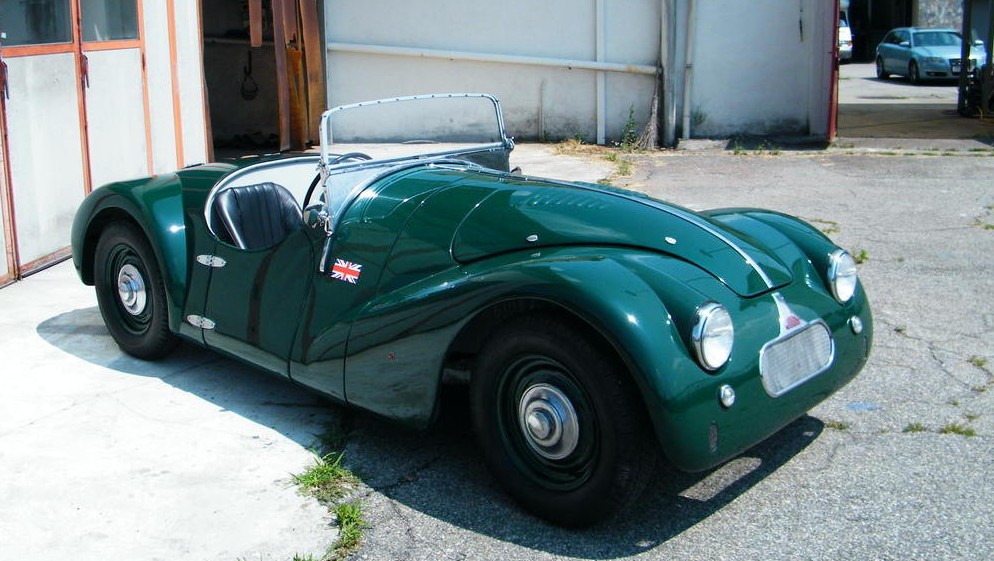 Connaught Engineering was founded after World War II by two ex-RAF pilots who happened to own a car dealership in Surrey. Well, automobile production took a little while to ramp back up in Britain and the two men, Rodney Clarke and Mike Oliver, got a little impatient and decided to build their own cars instead of wait.

They acquired some chassis from Lea-Francis and had the cars bodied elsewhere. They were little, two-seat sports cars – a craze that was just taking off across the U.K. This was the second model and it features a 1.8-liter straight-four making 122 horsepower and an upgraded suspension compared to the earlier model.

This is one of the last road cars they made as they quickly turned to single-seaters – which would compete in Formula One through 1959. This car has known ownership history from new and was restored in Italy within the past 10 years. It is thought that Connaught only built about 17 road cars of all types, making this extremely rare. It should sell for between $130,000-$180,000. Click here for more info and here for the rest of Bonhams’ Goodwood lineup.